The court case against Governor Abdullahii Umar Ganduje over his alleged bribery video, has been dismissed. 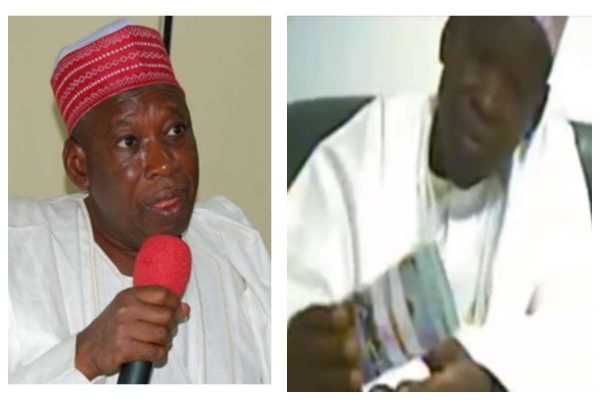 According to a report by The Nation, a Federal High Court sitting in Kano on Monday dismissed a suit filed by a Kano based lawyer Bulama Bukarti seeking an order of the court compelling the Economic and Financial Crimes Commission (EFCC) to investigate Governor Abdullahii Umar Ganduje for allegedly receiving kickback from a contractor.

The Judge dismissed the case for lack of evidence.

Bulama had approached the court seeking for an order compelling the EFCC to provide report of its forensic investigation analysis of the said video allegedly showing Ganduje receiving kickback from an unknown contractor.

However, Justice Egwuatu ruled that even though where the affidavit deposed to, is not countered, it is deemed admitted, the evidence therein must be cogent and verifiable.

The judge averred that the provisions of Freedom of Information Act 2011, required that information requested must be a public record and in the custody of the instruction of organization so requested from.

Justice Egwuatu dismissed the case on the grounds that the evidence before the court has not shown that the EFCC has the record of the forensic analysis of the bribery video allegations, noting that the report ought to be given to the Kano state House of Assembly ad-hoc committee set up to investigate the matter.