President Buhari, who has spent four and half years in office as a democratically elected President, turns 77 today. 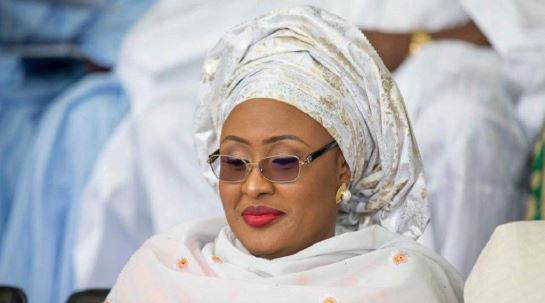 Aisha Buhari, Nigeria’s First Lady, has sent a message to her husband on the occasion of his 77th birthday.

President Buhari, who has spent four and half years in office as a democratically elected President, turns 77 today.

In a tweet on Monday night, the First Lady said, “Happy Birthday to MY incorruptible GMB.

“I wish you Allah’s Guidance Protection and Good Health to continue steering the affairs of our dear nation.

Recall that in a notice titled “Buhari’s lawlessness: Our Stand”, Punch stated that it will “henceforth prefix Buhari’s name with his rank as a military dictator in the 80s ‘Major General’ and refer to his administration as a regime until they purge themselves of their insufferable contempt for the rule of law.

The newspaper made the decision while making reference to DSS non-compliance to court orders on trial of Omoyele Sowore, publisher of SaharaReporters; invasion of courtroom and trial of Shiites’ leader, Ibrahim El-Zakzaky amongst others.

Punch said its decision shows its protest against autocracy and military-style repression under Buhari’s administration.

The newspaper’s decision has since generated a lot of controversies among Nigerians.