Nigerian singer, Teni The Entertainer has excited fans as she proposed to a male fan live on stage. 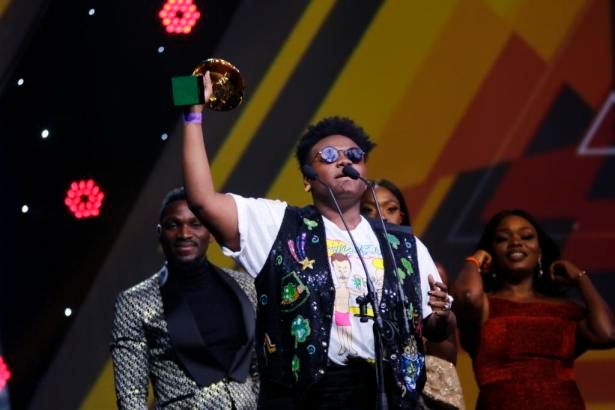 Teni the entertainer, the ‘for your case’ crooner and one of the hottest musical artist in Nigeria right now, surprised not a few, when she asked a young man to climb on to the stage and then proposed to be his girlfriend, while performing at the Ovation Carol night, held in Lagos on Sunday, Vanguard reports.

Known for her energetic performances, Teni didn’t not disappoint this time, rather she added a different spice to her stage performance, when she openly wooed a young male fan, live on stage, causing the crowd to get excited in the process.

The young man, Wahab Okoya by name, who seemed a shy person, just stood at her front taking pictures with his phone, while Teni danced seductively with him; a gesture Wahab could not reciprocate, much to the disappointment of the crowd present at the venue of the carol.

After the carol, A Vanguard reporter tried having a chat with Wahab but was declined the opportunity to do so by some people, who obviously were his sibling. They shielded him away, while screaming “he is a shy person oh”