The story has been told of a groom who got beaten to death with baseball bats at his own wedding reception. 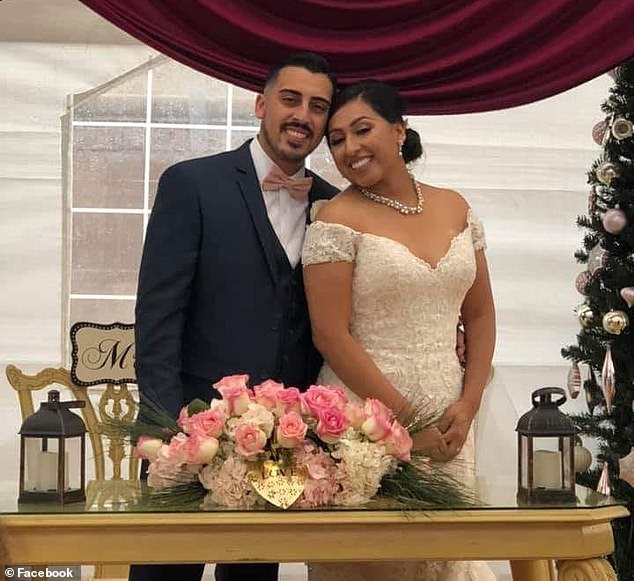 Short-lived wedded bliss: Joe Melgoza, 30, is pictured with his new wife, just hours before his brutal murder during the couple's wedding reception in California

Just hours after a California couple exchanged their wedding vows over the weekend, police say two brothers came to the newlyweds' backyard reception uninvited and beat the groom to death with baseball bats.

Joe Melgoza, 30, was found suffering from a blunt-force trauma to the head in the backyard of a home located across the street from the reception venue in Chino, California, at around 2.20am on Sunday.

Melgoza was rushed to Chino Valley Medical Center, where he succumbed to his injuries, leaving behind his wife of just a few hours and his 11-year-old daughter. 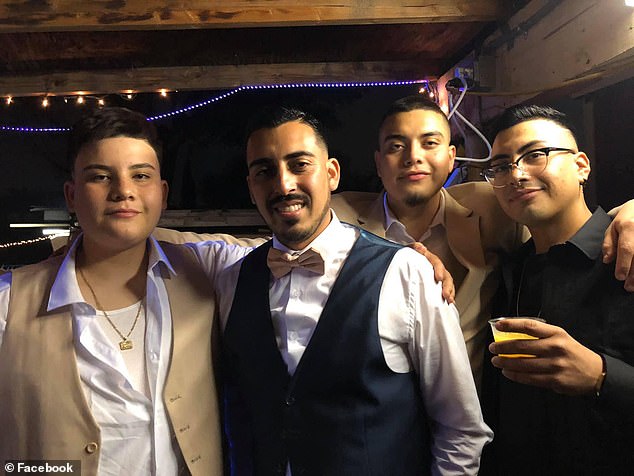 According to the Chino Police Department, the siblings did not know Melgoza, but lived not far from the home of his wife's family in the 13200 block of 17th Street where the wedding reception was being held, and showed up at the celebration uninvited, reported KTLA5.

The wedding crashers allegedly started a fight with some of the guests and were asked to leave, which they did, only to return a short time later armed with baseball bats, according to Melgoza's brother Andy Velasquez.

Velasquez told NBC Los Angeles through sobs that his brother tried to confront the 'cowards,' who then pulled him away and killed him.

Two other people attending the wedding celebration sustained minor injuries in the earlier confrontation with the Castaneda Ramirez brothers.

'My brother did not deserve to die like that, he was a good man, he was a solid man,' Velasquez said, while comforted by his two surviving brothers and a sister. 'My brother was protecting his family. They came and they murdered him.' 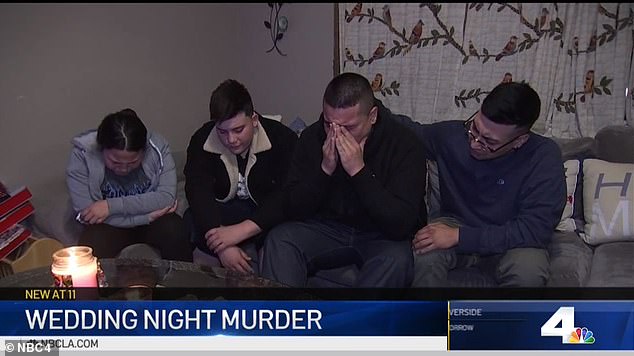 Velasquez said of Melgoza that he was a father figure to him who had taught him how to be a man and how to raise his own family.

According to his Facebook page, Melgoza and his then-fiance married in a modest civil ceremony back in August, five months before Saturday's backyard celebration.

Video recorded at the reception and shared with NBC shows a beaming Melgoza dancing with his beautiful bride and raising a glass with his guests, not knowing at the time the horror ahead.

'Joe was a loving son, brother, father, cousin, partner, family member and friend,' reads the description of a GoFundMe campaign. 'He always had a way to make you smile. He was there for you at anytime to give a helping hand. He was taken from us in such a tragic and horrific way.

Melgoza is survived by his honor student 11-year-old daughter, Lilly, of whom he had full custody. The girl will now be raised by her father's family.