The senate has rejected the motion by the president on visa on arrival stating that visitors must possess a valid visa before entering the country. 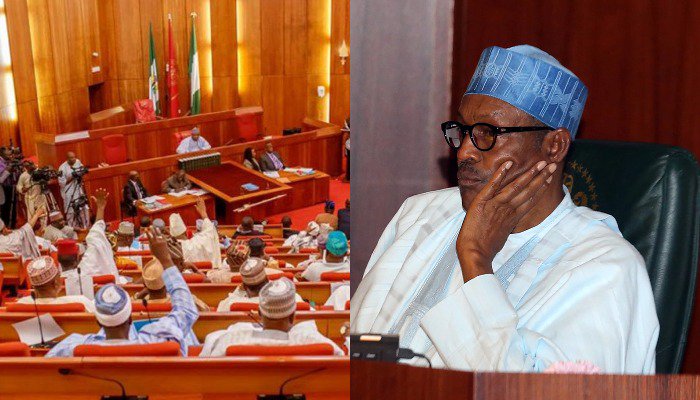 The Senate has opposed the visa on arrival policy directive to all African nations by President Muhammadu Buhari, insisting that it would not work without legislative backing. The Nigerian leader had last week in Egypt declared that beginning from January 1, 2020, citizens of African countries do not need visa to enter Nigeria.

Consequently, the upper legislative chamber yesterday summoned the Minister of Interior, Rauf Aregbesola, and the Comptroller General of the Nigeria Immigration Service (NIS), Muhammad Babandede, to appear before it to explain the legal implication of the directive.

The lawmakers noted that Section 12 of the 199 Constitution (as amended) prescribed that prior to entry into Nigeria, a visitor must possess a valid visa, adding, however, that the president’s order had negated some provisions of the nation’s books, hence the need for amendment before the directive could be implemented.

Aregbesola’s invitation followed a motion titled “visa on arrival policy for Africans” sponsored by Senator Olubunmi Adetunbi.The sponsor, who came under the chamber’s Orders 42 and 52, submitted that the announcement was “premature and unconstitutional,” reiterating that the National Assembly had not relegated its powers.

The Minority Leader, Enyinnaya Abaribe, who supported the policy, stated that it must first be domesticated. Senator Gabriel Suswam regarded the speech as a policy statement that is not duty-bound for implementation on the face value.

In his contribution, Senator Ibikunle Amosun also stressed that the policy must be domesticated to avoid unnecessary immigration.Senator Barau Jibrin urged the necessary legislation on the initiative just as Senator Abba Moro canvassed critical review and domestication of the policy in line with international best practices.

Subsequently, Senate President Ahmad Lawan referred the motion to the Committees on Interior, Judiciary and Legal Matters.Besides, the red chamber yesterday sought inquiry into the alleged closure of over 600 shops and businesses belonging to Nigerians by the Ghanaian Union of Traders Association (GUTA) on December 2.

It therefore mandated its Committees on Foreign Affairs and Trade and Investment to liaise with the Federal Ministry of Foreign Affairs to investigate the alleged hostile policies against Nigerian businesses in the West African nation.

The resolution followed a motion by Senator Ifeanyi Ubah (YPP Anambra).Meanwhile, the Nigeria Employers’ Consultative Association (NECA) has faulted the recent resolution by the Senate urging government to pay unemployed graduates until they secure employments.

It argued that the “Unemployment Fund” from where the unemployed graduates and youths’ stipends would be sourced was not captured in the already passed 2020 Appropriation Bill.Addressing reporters yesterday in Lagos, NECA’s Director-General, Dr. Timothy Olawale, queried how the funds to bankroll the project would be sourced.