Sad! Woman Dies During Childbirth Because Pastor Said Cesarean Operation Is A Sin


A woman has died during childbirth after her pastor refused her to undergo Cesarean operation because he believes it's a sin. 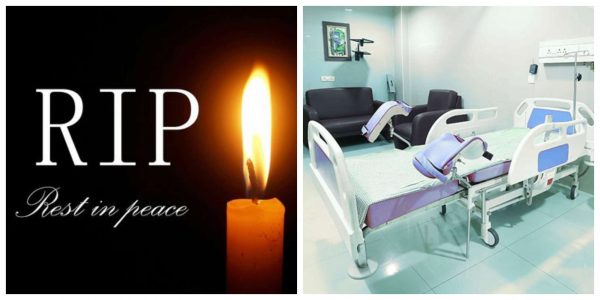 Woman dies after pastor refused cesarean operation for a woman
A woman has reportedly died during childbirth after refusing to undergo Cesarean C-section because her pastor said it is a sin in the eyes of God.
The sad news was shared by a social media user who said that the husband of the late woman is his friend and a couple of weeks ago, the wife was informed during a scan that due to some complications coupled with the child’s weight, she has to give birth through cesarean section.
The pastor assured them God wants then to give birth as a natural couple and not short cuts through a cesarean section which he described as wrong just like many other pastors describe it as evil.
Well, the wife went into labor last week and neither the mother or the baby came out alive. Both died attempting to give birth the natural way against the doctor’s advice.
Sharing the news, Facebook user Yaw Asamoah Akowuah wrote:
"Last week, I shared a post on Caesarean Section and how some men of God have made it look so sinful and an abomination for any pregnant woman to go through CS. The comments, both on the post and in my box has left me thinking. It’s been revealing.
A friend lost the wife last week because, at church, their pastor had told him not to allow the wife to have CS.
During their last scan, it emerged that owing to the weight of the baby and how the child was positioned (hope I used the appropriate medical term), it was advisable that they have the child through CS. Any attempt to have the baby through the so-called normal process was going to be a disadvantage to both mother and baby.
My friend spoke to their pastor and he told him to have faith for the Lord did not intend for the lady to go through that process. To cut the long story short, they lost both mother and baby at the end of the day. They got married only last year November. Lady is just 29.
Sometimes, at church, I hear some prayer leaders and pastors say “no pregnant woman here will go through surgery before she delivers”. When I hear this, I ask myself, since when did surgery become evil? Why do we, in the name of God, put fear into pregnant women, who could have gone through CS and saved themselves and their babies?
CS is not evil. This good God we serve gave men the knowledge to develop this procedure. CS is from God.
Can we start a Social Media Campaign with the hashtag #CaesareanSectionisNotEvil"
Top Stories