A mysterious fire has razed a community in Makurdi, Benue state, startling residents in the area. 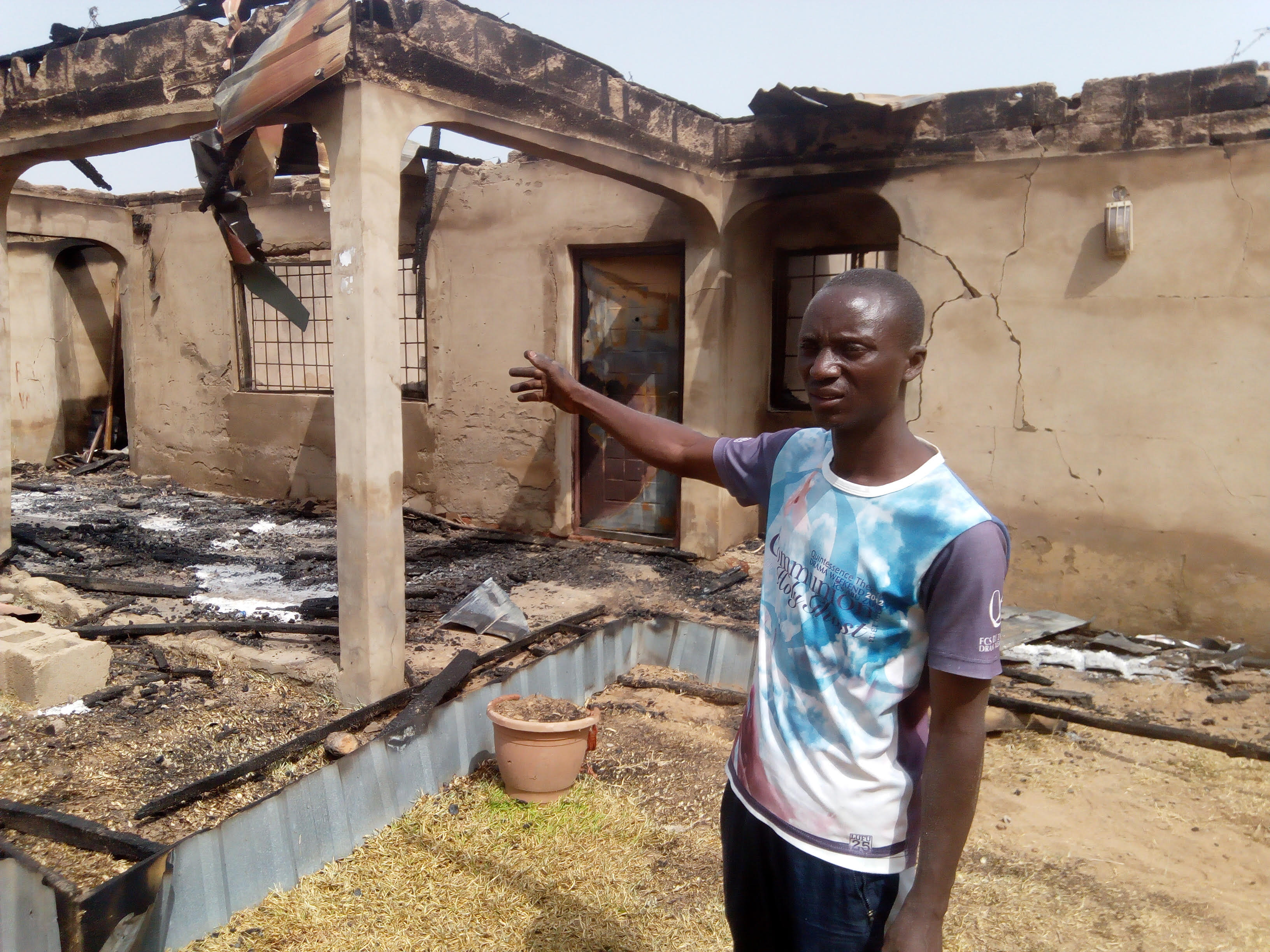 According to a report by Sun News, a mysterious fire on Tuesday night razed the entire residential and office buildings at the premises of the Child Evangelism Fellowship (CEF) commonly known as Heritage Village off New International Market Road, Makurdi, the Benue State capital.

According to the Director of the Center, Mr. Daniel Peter Gebe, the fire started at about 11pm from the administrative block soon spread to Director’s apartment and the residential halls.

Gebe who disclosed that 19 large residential halls as well as a three bedroom flat housing the Director and his family were completely burnt said not even the quick intervention of the Fire Service could save the situation.

“Everything happened so fast. When we discovered that fire had engulfed the administrative block, we tried to see how we could stop it from spreading to other buildings.

“But in our very presence and within a twinkle of an eye, it caught the Director’s three bedroom flat and continued spreading until it consumed the whole buildings in the residential area.

Gebe disclosed that the Heritage Village houses thousands of children and church leaders who come for camping programs yearly.

He listed property that were lost to inferno to include 300 mattresses, projectors, Computers, photocopier, furniture, books, Bibles among other valuables.

While thanking God that no life was lost in the inferno, the CEF Director however called on the state government and other well meaning Christians within and outside the state to come to the aid of the Fellowship to help rebuild the village.