The Economic and Financial Crimes Commission has talked about why former Justice minister, Adoke was arrested in Abuja. 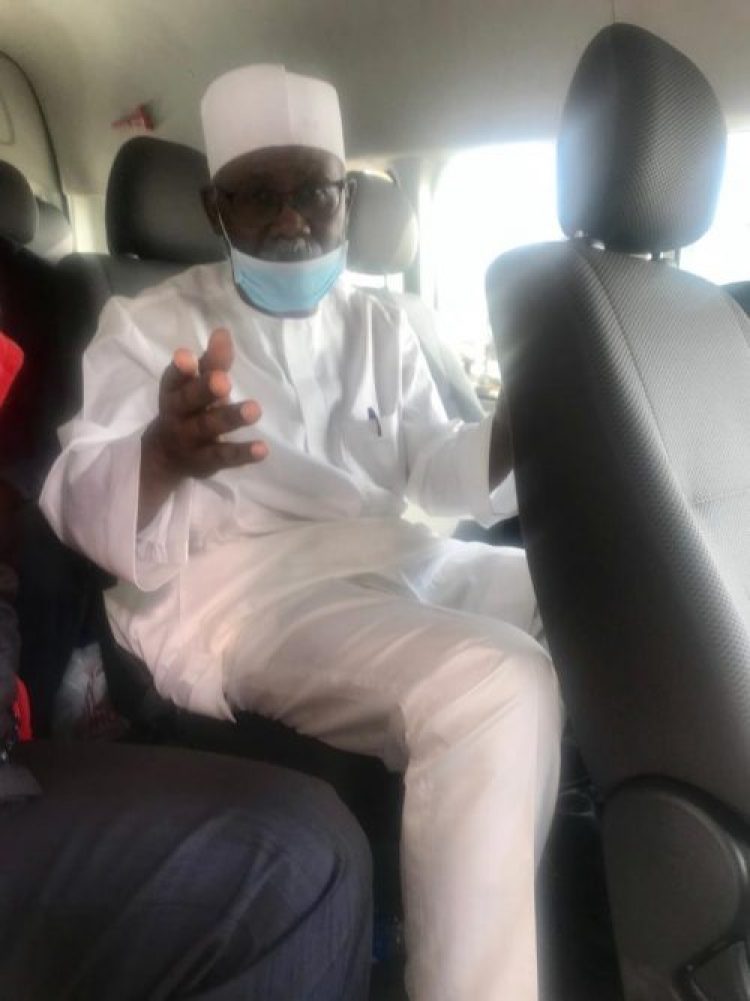 Mohammed Bello Adoke inside an EFCC vehicle on Thursday

It said the fugitive ex-minister, now with a grey moustache, arrived into the waiting arms of its operatives.

In a statement by spokesman Wilson Uwujaren, the commission said Adoke fled the country in 2015 and has pending criminal charge brought against him by the EFCC for alleged abuse of office and money laundering in respect of the granting of the Oil Prospecting License (OPL) 245 to Shell and ENI.

“The government of former President Olusegun Obasanjo revoked the OPL 245, which the late General Sani Abacha granted Dan Etete, his then Petroleum Minister, and reassigned it to Shell Nigeria Exploration and Production Company.

“Etete’s Malabu Oil and Gas, however, reclaimed the oil block in 2006 through the court. While Shell challenged the decision, a ‘fraudulent settlement and resolution’ was consummated under President Goodluck Jonathan’s government, with Shell and ENI buying the oil block from Malabu in the sum of $1.1billion.

“Investigations by the EFCC into the deal revealed crimes that border on conspiracy, forgery of bank documents, bribery, corruption and money laundering to the tune of over $1.2 billion against Malabu Oil and Gas Limited, Shell Nigeria Ultra Deep (SNUD), Nigeria Agip Exploration (NAE) and their officials, culminating in criminal charges against Adoke, Etete and others, which are pending at both the FCT High Court and the Federal High Court, Abuja

“The absence of the defendants slowed the prosecution of the criminal charges against Adoke, Etete, and four others, forcing the EFCC to obtain an arrest warrant against them on April 17, 2019.

“Though Justice D. Z. Sanchi of Federal Capital Territory High Court, Jabi, Abuja on Friday, October 25, 2019, vacated the arrest warrant and ordered the EFCC to serve defendants through substituted means, the Interpol on November 18, arrested the former minister in Dubai.

“His return to Nigeria clears the way for him to answer to the charges against him”, EFCC said..