The court had on Wednesday dismissed the prayers of Abe, a former Rivers South-East Senator against the APC. 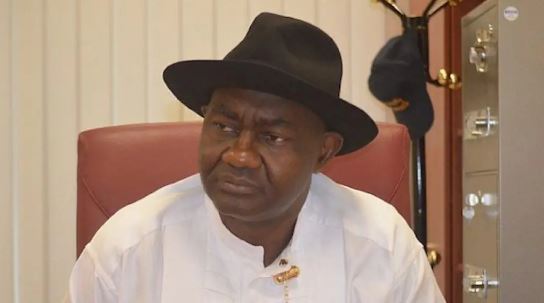 The court had on Wednesday dismissed the prayers of Abe, a former Rivers South-East Senator against the APC, and set aside the interim order which halted the ward, local government and state congresses of the Rivers APC earlier scheduled by the National Working Committee (NWC) of the party.

Eze, who made his position known via a statement he signed and made available to DAILY POST, said the judgement has laid to rest all speculations and uncertainties about the future of the Rivers APC which has been engulfed in a raging internal crisis.

The court had, in a judgement struck out the prayers of the claimants and vacated the interlocutory injunction against the conduct of congresses, citing that the action was instituted by a wrong procedure of law and further averring that the judgement of a court cannot be interpreted by another court of coordinate jurisdiction.

The cost of N100,000 (One Hundred Thousand Naira only) was also awarded against the claimants – Ibrahim Umah & 22 Ors. in favour of the Defendant – the APC.

Eze noted that with the outcome of the ‘historical judgement’, Abe’s political woes had just increased, saying “after distancing himself from the political family that brought him to limelight, for reasons only known to him, he has been courting series of woes at every step of his unholy political manoeuvre.

“After losing his senatorial seat that would have made him the Deputy Senate President and his dream of becoming a Minister of the Federal Republic of Nigeria nosediving, other unfortunate vicissitudes have occurred to him: his inability to continue to hold the APC structure in the state to hostage, refusal of Governor Wike to accommodate a reasonable number of his disgruntled group, as well as Wike’s refusal to anoint him for 2023 gubernatorial election. He seems to be lost in the political wilderness, without a direction,” Eze said.

While applauding the court for the ruling, Eze said his confidence in the judiciary has remained unshaken. He congratulated members of the APC and hailed them for their patience and peaceful disposition throughout the periods of Abe’s acts of provocation.

Eze, further appealed to the National Working Committee of the APC to immediately reschedule and put modalities in place for the conduct of congresses in order to put the party back on track for the good Rivers people.