A father has saved his 4-year-old son from being swallowed by a 15ft python in Australia. 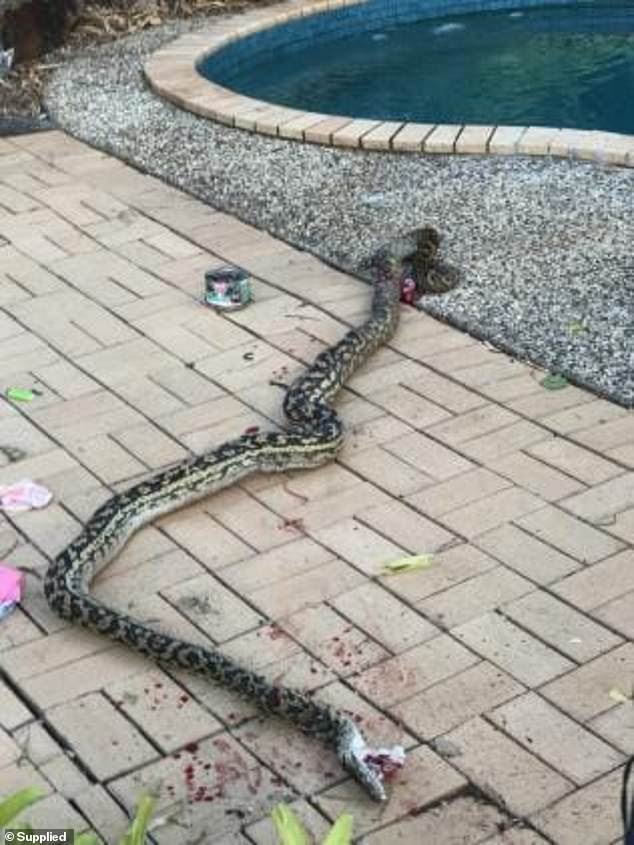 The python killed by the Australian man
A brave father has recounted the terrifying moment he saved his four-year-old son from a 15ft scrub python by killing it with a sledgehammer.
According to Dailymail, Evan Thompson rescued his son Clifford after the beast struck during their housewarming in Airlie Beach, north Queensland last weekend.
Mr Thompson saw the snake with its jaws locked around his son as it tried to drag the terrified youngster away.
Recalling the ordeal on Sunrise on Monday morning, he said: ‘Clifford was holding onto the side of the boardwalk and it was pulling him, literally, pulling him under.
‘At that stage, it was dragging him backwards and I could see what happened to his leg and it was starting to open him up, and then I knew it just wasn’t going to let go, it was too strong, and that’s when I grabbed it and grabbed its jaw and try to pry open as hard as I could.’ 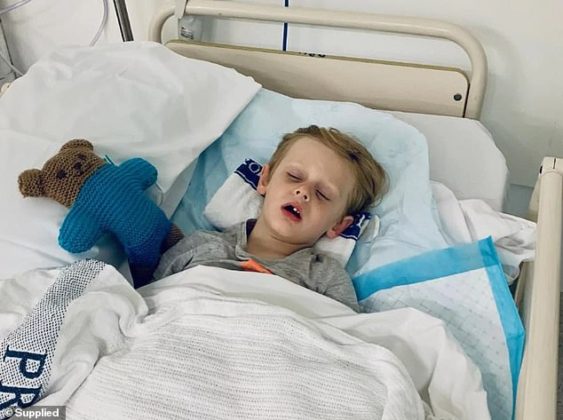 Mr Thompson said his son managed to get away but the beast came back and tried to grab him again.
He said: ‘Luckily he got his leg out and he ran up to the gate on the boardwalk trying to get away, and that was great, but as the snake fell back down in the garden, it just slivered straight back on this side and tried to get at him.’
He previously told Daily Mail Australia that when the snake still tried to go after his son he grabbed it by the tail and yelled for someone to get weapon.
‘My mate and my wife went to the toolshed and found a sledgehammer and my mate hit it,’ he said.
‘If it had let go of my son when I first punched it I might have let it go but it was so aggressive I couldn’t go to work with this thing crawling around my house.’
‘I’ve dealt with snakes before but nothing like this it would have been 15 foot.’ 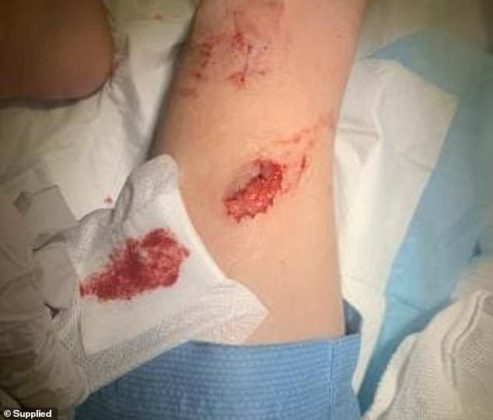 ‘I have a three-year-old daughter as well, we’re just glad it didn’t grab her.’
The ordeal lasted about five minutes and his son’s leg had a large tear and smaller marks where the snake bit him.
He said he put a compression bandage on Clifford’s wounds and called an Ambulance which rushed him to Proserpine Hospital and then onto Mackay.
Surgery was done on Friday morning to clean up and stitch the wound and Clifford is now on antibiotics and expected to recover. 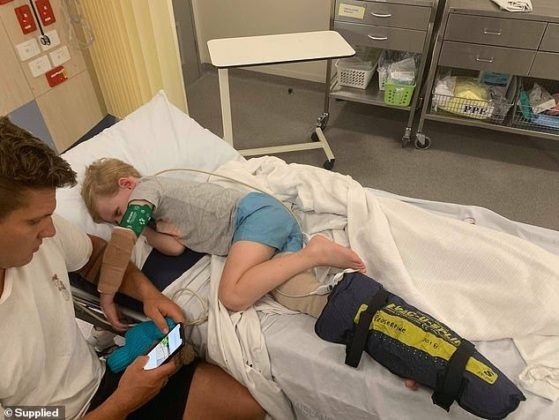 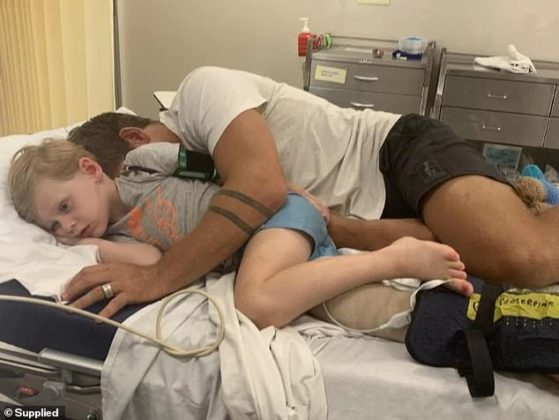