A Nigerian woman has been accused of stabbing her ex-lover to death for not buying their son clothes. 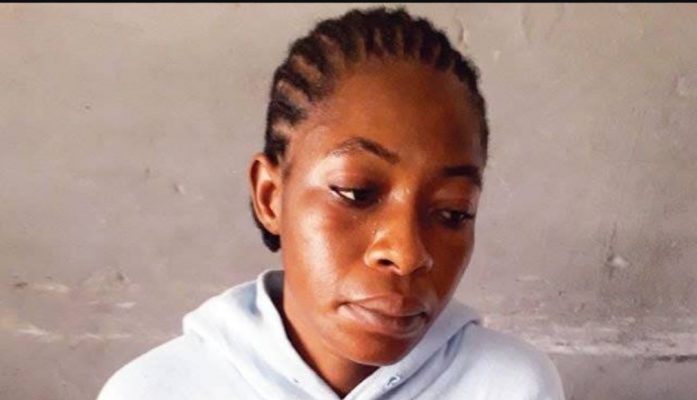 Jacinta Igboke, a female private school teacher in Lagos, has been arrested by the police for allegedly killing her ex-lover, simply identified as Ani, for refusing to buy Christmas cloths for their 18-month old son, Daily Trust reports.

It was gathered that the estranged lover was to get married to another lady on January 4, 2020.

Daily Trust reports that the woman had an 18-month-old son outside wedlock for the man, but whose parents objected to her relationship with their son, as they wanted him to marry someone from their village in Enugu state.

According to the suspect, her ex-lover has not been performing his duties over their child. She said the police had at one time told him to give her N10,000 monthly for the upkeep of the child; saying all appeals for him to take good care of the child fell on deaf ears.

As Christmas approached, Igboke asked the deceased to give her money to buy clothes and shoes for their child, but he refused. It was learnt that she got angry that Ani could not pay for the child’s Christmas clothes but was seen spending on his forthcoming wedding.

She disclosed that last Tuesday (Christmas eve), she went to his shop at Ojo Road, Satellite Town area of Lagos state to demand money to buy a pair of shoes for their son as she couldn’t raise the money herself. While in his shop, an argument ensued.

According to her, the deceased pushed her just as she picked up a knife in self-defense.

“I didn’t know when I stabbed him,” she said.

“She is in custody at the Homicide section of the State CID, Yaba. Investigation is ongoing and the suspect will be charged to court soon,” he said.