A Nigerian University Teaching Hospital has reportedly laid off as many as 200 workers on New Year's eve. 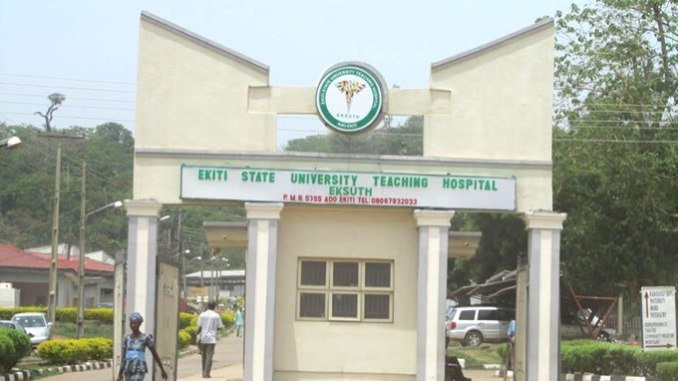 The management of Ekiti State University Teaching Hospital (EKSUTH), Ado Ekiti, has sacked over 200 staff of its workforce for alleged irregular appointments, misconduct and sundry allegations, The Nation reports.

This was made known in a statement dated December 31, 2019 and made available to journalist yesterday in Ado Ekiti by the Head, EKSUTH Corporate Affairs Department, Mrs Rolake Adewumi.

The Nation reports that the development was consequent upon the report of the Prof. Ebun Adejuyigbe led-visitation panel to the institution, which was constituted by Governor Kayode Fayemi.

While receiving Letters of termination of appointment after a meeting by the board of the hospital, which ratified their disengagement, some of the workers who could not control their emotion, burst into tears and wept profusely.

This development came barely a month after over 900 staff of the Ekiti State University, Ado-Ekiti, were also sacked for alleged certificate forgery, irregular appointments and other sundry allegations.

According to the statement, those affected are ghost workers and others with records of misconduct and irregular appointments.

It said: “It has become necessary to disengage some workers that did not show up for the human resources verification and who could not be sighted till date, and so were regarded as “ghost workers.”

“Others include those on leave of absence with/without pay, who had exhausted the approved period of leave and refused to resume.

“In another category are those who were found with one misconduct or the other as well as those employed after the state government placed embargo on employment.”

The statement added: “In addition, based on the recommendations, some critical areas of needs were filled with qualified appointees.  Many members who were wrongly placed have been regularised and placed on appropriate salary levels.”

The management, however, urged any of the disengaged officers not satisfied with this development to channel their complaints to the Board of Management of the Hospital, through the office of the Director of Administration for review.