The University of Ghana has released a report on the lecturers who were exposed in the BBC SexForGrades documentary. 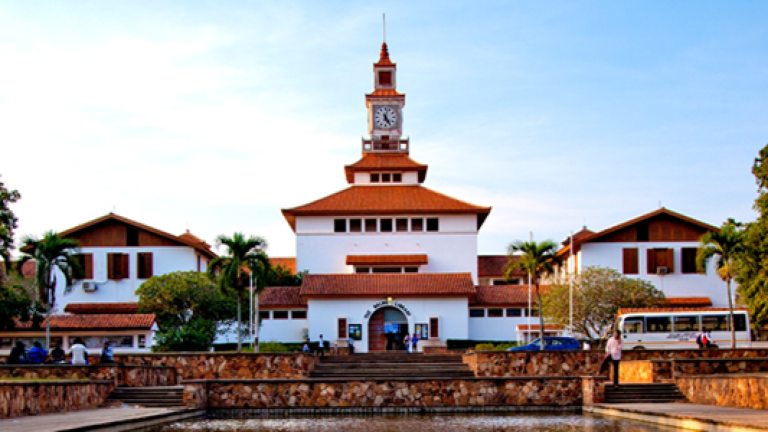 The University of Ghana, after investigation, has largely exonerated the two lecturers indicted in the BBC documentary which exposed the menace of sex-for-favours in tertiary institutions.

The documentary released in October 2019 focused on how some academics target the most vulnerable female students – those struggling with studies, seeking admission or in search of mentors.

Through the use of secret cameras, the undercover reporters captured the dialogues of four predatory lecturers from both institutions as they attempted to cajole and manipulate the undercover journalists into engaging in sexual acts with them.

The two Ghanaian dons, Ransford Gyampo and Paul Butakor, were filmed alongside Igbenedu Boniface, and Samuel Oladipo, two lecturers in the University of Lagos (UNILAG).

Hours after the premiere of the documentary, Messrs Igbenedu and Oladipo were suspended indefinitely by UNILAG authorities. This is one among the various reactions the documentary generated.

In the 53-minute-clip, Mr Gyampo promised to help the undercover journalist with her postgraduate studies and national service. No sooner had they met, he promised to marry her. He took her to a mall, where he bought her shoes and asked her if she has been “violently kissed” before.

On the other hand, Mr Butakor, a lecturer in the College of Education of the University of Ghana, repeatedly begged the undercover reporter to allow him to be her “side guy”.

Showing her his wedding band, he told her that his wife was out of the country. He said if men could have “side chicks,” then a lady could have a side guy.

In its reaction, the university announced that a panel was set up to investigate the allegations of sexual misconduct against the two lecturers last year October.

According to Joy News, a Ghana-based news platform, the fact-finding committee established by the University of Ghana to investigate allegations of sexual misconduct said the title of the piece was deceptive and dramatic.

Messrs Gyampo and Butakor were referred to the committee following the release of the documentary after they were found culpable of conducting themselves in a manner that caused embarrassment to the university.

In the report, a copy of which is available to Joy News, the committee said it “finds that the totality of the evidence before it there is a huge variance between the import title ‘Sex for Grades’ and the content of the actual video recording of the affected lecturers of the University of Ghana.”

On the allegations of sexual misconduct, the committee said it does not find any prima facie evidence that satisfy the ingredients of misconduct as stated by the university’s Code of Conduct for Senior Members.

Also, the six-member committee indicated that under paragraphs 10.1, 12.1 and 12.4 of the Code of Conduct of Senior Members of the University of Ghana and the Anti-Sexual Harassment and Misconduct Policy of the university, the victim of the misconduct must be a member of the university.

Meanwhile, the committee after examining available evidence, found credible evidence of misconduct against Prof Gyampo and Dr Butakor contrary to Paragraph 6.4 of the Code of Conduct of Senior Members of the University of Ghana.

That paragraph stipulates that “Academic staff shall at all times comport themselves in ways that will enhance their image and that of the University.”

In addition, the committee also found credible evidence of misconduct against Mr Gyampo contrary to Statute 42(1)(e) (i) of the university statutes which states that no member of the university shall “(e) engage in a course of vexatious conduct that is directed at one or more specific individuals, and (ii) that is known to be unwelcome.”

“In the light of the Committee’s findings that there is credible evidence of misconduct against Prof Gyampo and Dr Butakor, should the University be desirous of taking disciplinary action against them it could do so under Paragraphs 14.1, 14.2 and 14.6 of the Code of Conduct for the Academic Staff of the University or Statute 43(2) of the University of Ghana Statutes as amended,” the report stated.