There was a stampede during the burial of the slain Iranian General which left 35 people dead and a ton of people injured. 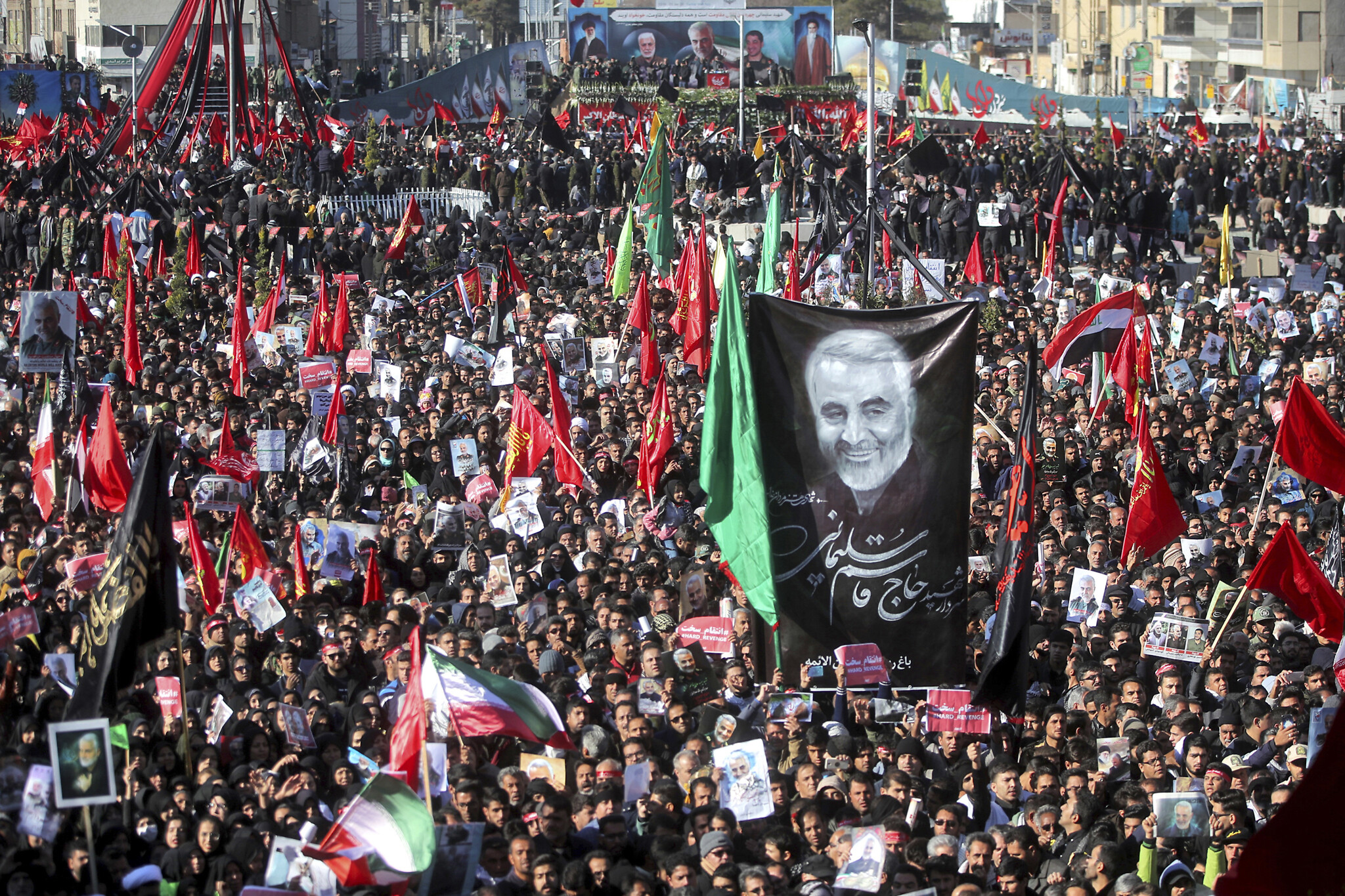 The funeral ceremony of Qasem Soleimani

A stampede among mourners during the funeral ceremony for a slain Iranian military commander, Qasem Soleimani, in the southeastern city of Kerman killed 35 people and injured 48 on Tuesday.

Tens of thousands of mourners poured on to the streets of Kerman for the funeral of Soleimani, who was killed in a United States drone strike in Iraq on Friday.

His body had been taken to Iraqi and Iranian cities before arriving in Kerman for burial.

The killing of Soleimani, who built up Tehran’s network of proxy forces across the Middle East, has prompted mourning in Iran.

The US and Iranian warnings of new strikes and retaliation have also stoked concerns about a broader Middle East conflict and led to calls in the US Congress for legislation to stop US President Donald Trump from going to war with Iran.

“We will take revenge, hard and definitive revenge,” the head of Iran’s Revolutionary Guards, Gen. Hossein Salami, told tens of thousands of mourners in Soleimani’s hometown of Kerman.

Many chanted “Death to America” and waved the Iranian flag.

Soleimani’s body has been taken through Iraqi and Iranian cities since Friday’s strike, with huge crowds of mourners filling the streets.

Iran’s Supreme Leader, Ayatollah Ali Khamenei and military commanders have said Iranian retaliation for the US action on Friday would match the scale of Soleimani’s killing but that it would be at a time and place of Tehran’s choosing.

Representatives from those forces, including the Palestinian group Hamas and Lebanon’s Hezbollah movement, attended the funeral.