Pastor Paul Adefarasin of the House on The Rock has lost about 300 members in need of greener pastures. 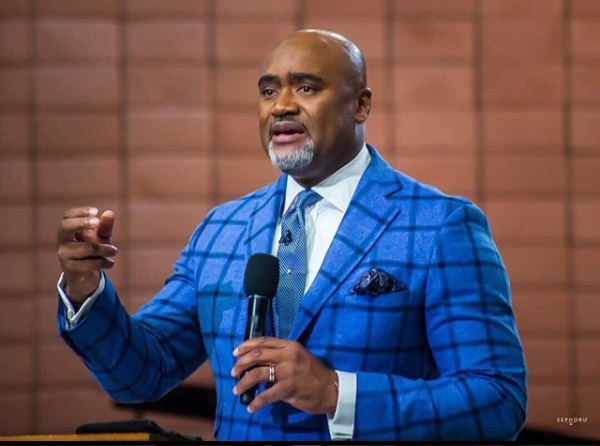 Pastor Paul Adefarasin
At least 300 members of House on the Rock Church under the leadership of Pastor Paul Adefarasin have reportedly left the church for greener pastures.
According to a report by PM News, the man of pastor made the information public himself in his sermon on the first Sunday of the New Year, held at The Rock Cathedral in Lekki, Lagos, when he announced to the congregation that about 300 workers of the church have so far tendered their resignation letters.
According to the Pastor, the members resigned because of the present economic challenges in Nigeria. He said most of those who quit the assembly are relocating to Canada.
During the sermon, Pastor Paul was quoted to have said to his vibrant multi-ethnic congregation: “Stop blaming Government and political parties, the blame game is the first symptom of irresponsibility.”
According to him, “It is called irresponsibility. Irresponsibility is the ignorance of accountability. This is the year to take full responsibility for all your actions and inaction…Until God gives you challenges that seem bigger than you, you may never find out what treasure you have on the inside.”
As part of the steps to ameliorate some of the challenges facing the people, Pastor Paul was said to have decided to take it upon himself the responsibility of assisting the government to fix some basic needs of the populace within and outside his vicinity.
He was said to have called upon other privileged individuals and corporate bodies to step up their readiness to assist since it appears the government is not ready to make life easy for its citizens.
Pastor Paul, who would be 57 on January 25, is one of Nigerian billionaire pastors.
Top Stories