Princess Shyngle Exposes Foreigner Offering Her 25,000 Pounds Per Round


For the second time, Princess Shyngle is exposing one of the wealthy men offering her good money for s*x. 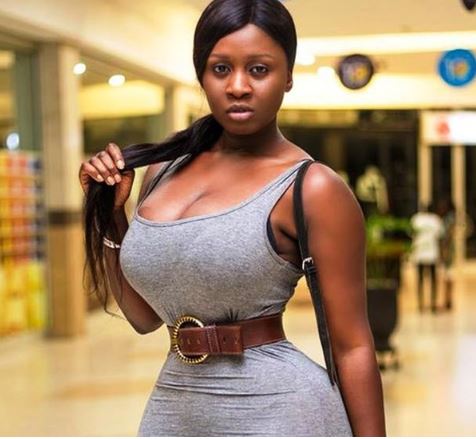 Ghana-based actress, Princess Shyngle took to her Instagram page to expose a foreigner who allegedly offered her about £25000 just to get down with her.

In her post she revealed that most of the actresses flaunting wealth on social media are being supported by men like this and it is quite unfortunate they come online to brag about what they didn’t get through acting.

The actress shared screenshots of offers she receives with the caption;

“My DM is super fcuking lit anytime I post a badass picture my DM and emails are under attack by pu**y hunters ready to pay anything to get this Gambian pu**y.

“That’s why when I see l these Lying ass actresses claiming success and blessings from acting movie I just laugh my ass out. As in the same men sponsoring your lifestyle are on my DMS oh or their pimps are on my DM.

“The funny thing is these same men sleep with y’all brag about it oh, they tell s oh.

"Next time you come on set forming and acting big, babe abeg know you’re forming to because we are all dating the same men. There is no actress that became rich from acting movies”. 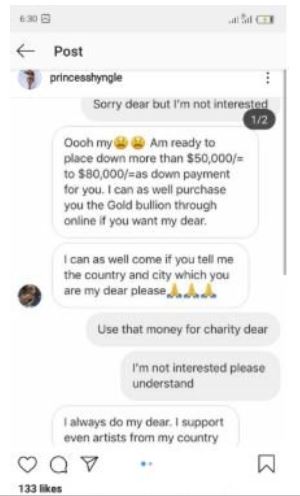 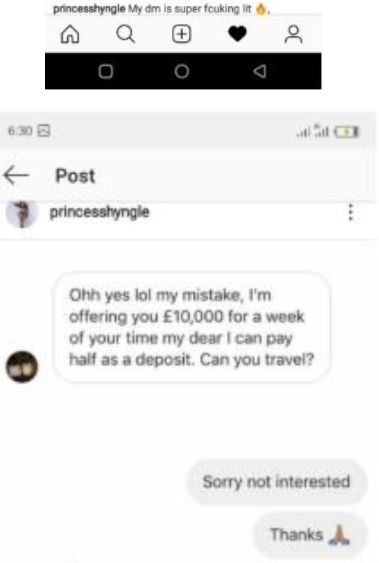 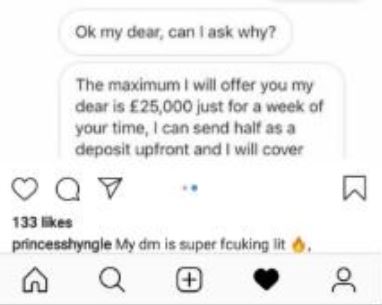