The election of Okezie Ikpeazu as the governor of Abia state has been confirmed by the Supreme Court. 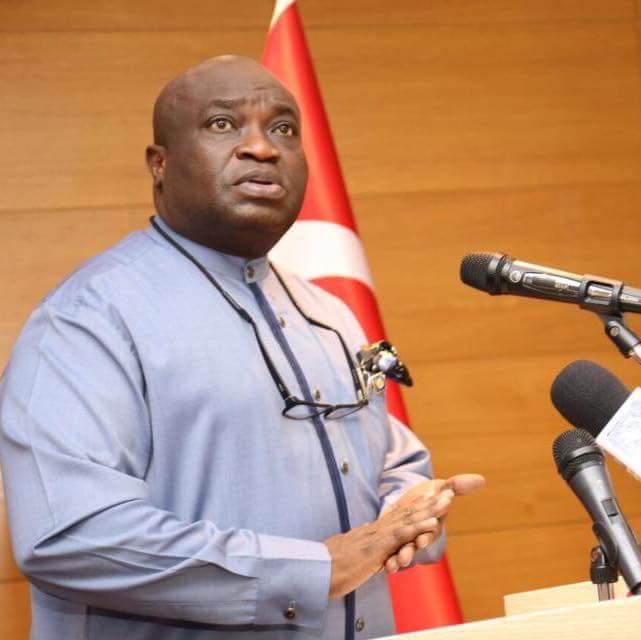 The Supreme Court on Wednesday affirmed the election of Okezie Ikpeazu as the governor of Abia State, Premium Times reports.

He said the appellant’s reliance solely on the smart card readers in proving the alleged over-voting was fatal to their case.

Mr Galinje also held that the law is clear that the petitioner must tender the voter’s register, and should relate the document to the specific area where the documents were affected.

According to the judge, the card reader print out tendered by the appellants at the tribunal cannot be inserted into the constitution or electoral act which stipulates the yardstick for proving over voting.

The judge said that the appellants failed to provide credible evidence to prove their case.

He finally held that the two lower courts are right to dismiss the appeal and it will suffer the same fate in the Supreme Court.

Accordingly the appeal lacked merit and “equally dismissed”, he ruled.

The candidate of the All Progressive Grand Alliance (APGA), Alex Otti, and his party had approached the apex court to set aside the judgment of the Court of Appeal which upheld the election of Governor Ikpeazu.