A woman who identifies as a transgender has been brutally murdered by unknown persons. 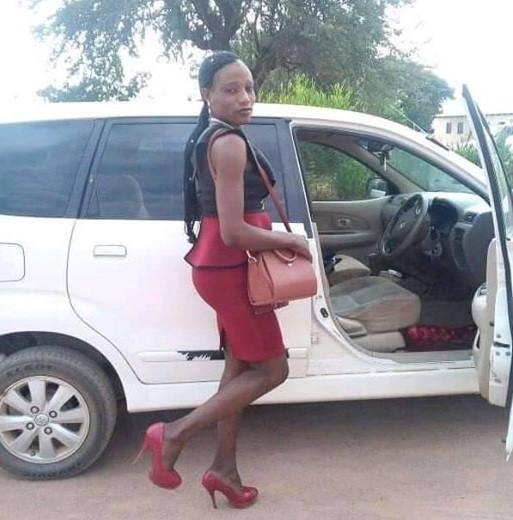 Transgender Woman, Nare Prince Mphela
A popular Transgender Woman, Nare Prince Mphela has been brutally murdered by unknown persons in Limpopo, South Africa.
LGBTI group, Capricorn Ignited LGBTI, confirmed Mphela's death on Tuesday, stating that her body was found locked in a shack with multiple stab wounds.
"Limpopo is mourning after a brutal murder of one of our own. A well known Transgender Woman from Ga- Matlala Prospect, Nare Prince Mphela was found locked in a shack on Sunday in the Mokopane area where she worked. It appears her body has been lying there for some days, with multiple wounds of stabbings. The case is under investigation as we await further details and no arrests were made yet. She will be burried on Saturday 10 January, Further details will be updated. It is a painful loss to the Limpopo LGBTIQ+ Community and Society as a whole. May her Soul Rest in Power" it said 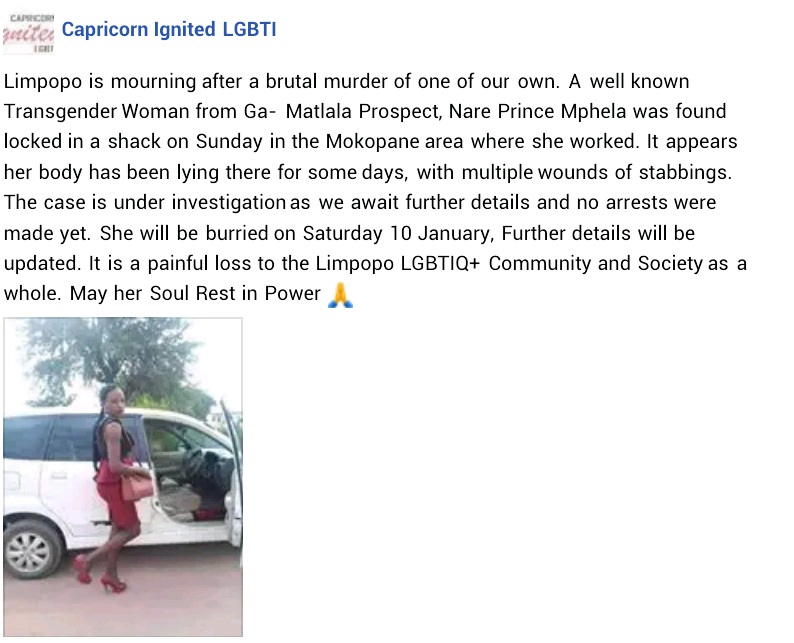 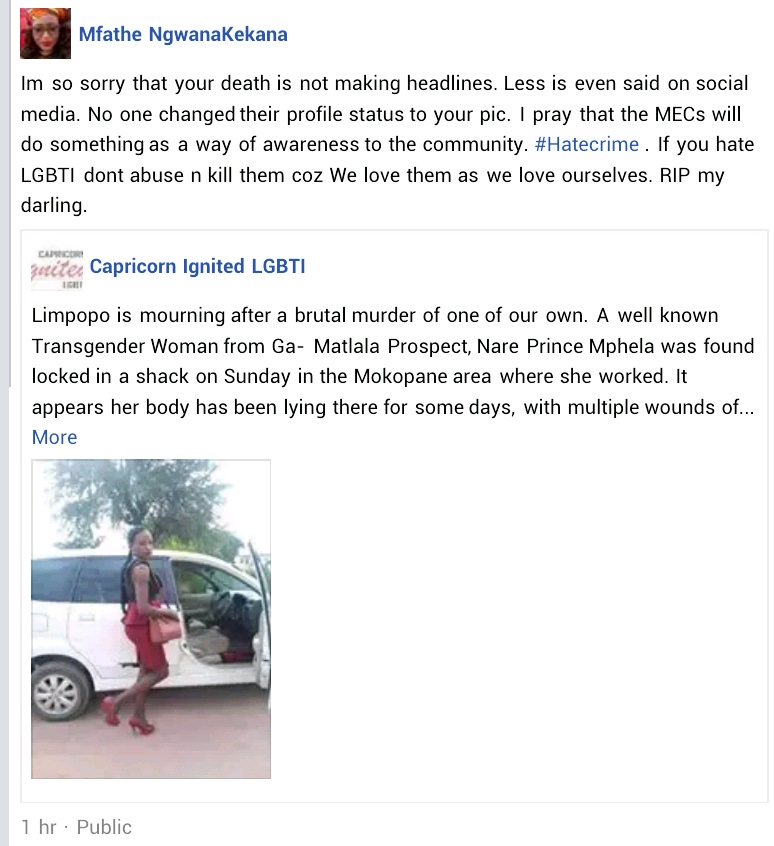