Dikko in a statement issued in Kaduna stressed that the ongoing legal processes should not be the subject of media campaign. 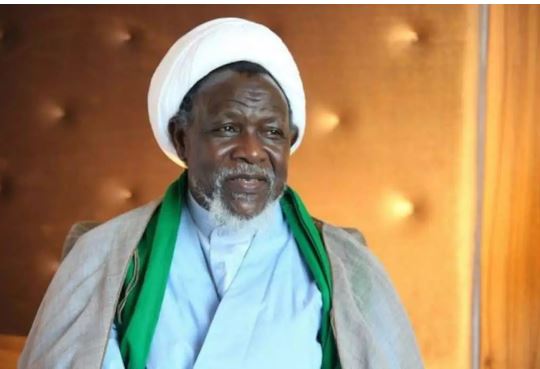 The Kaduna State Attorney General and Commissioner of Justice, Aisha Dikko, on Thursday, said the fate of Ibrahim El Zakzaky, leader of the proscribed Islamic Movement of Nigeria, IMN, is in the hands of the court.

The attorney general also said there was no pending court order on the case against the IMN leader instituted by the Kaduna state government, NAN reports.

Dikko in a statement issued in Kaduna stressed that the ongoing legal processes should not be the subject of media campaign or pressure of any kind, affirming that the state government has not intention of withdrawing the charges against El-Zakzaky.

She added that the government would leave it to the court to decide the case.

The attorney general said both El Zakzaky and his wife Zeenat “are facing an eight-count charge, including culpable homicide punishable with death, before the High Court of Kaduna State.’’

She recalled that the court had earlier refused the accused persons’ application for bail following their arraignment in August 2018.

‘’At its last sitting on 5th December 2019, the Court adjourned hearing in the matter to 6th February 2020, and ordered the transfer of the couple from DSS facilities to the Kaduna Correctional Centre for the duration of trial,’’ she added.

“It is the High Court that will decide the case, and the rule of law demands respect for the prerogatives of the court and the ongoing legal process,’’ she added.

Dikko expressed the hope that all parties have learnt the necessary lessons from the debacle that the New Delhi trip of the IMN leader, adding that due process of law should be allowed to take its course.

The attorney general maintained that “there is no court order pending against the Kaduna State Government on the matter.

“Rulings and orders that were secured against the Federal Government do not have any bearing against the Kaduna State Government which was not a party to those proceedings and against whom no orders were made.

“Any issues regarding compliance or non-compliance with a court order by the DSS or the Federal Government cannot be used to vitiate the judicial proceedings the Kaduna State Government has commenced against the El-Zakzakys.’’

The statement recalls that an eight-count charge was filed against some accused persons on April 19, 2018, including El Zakzaky and his wife, “after months of painstaking investigation, which covered a period of about three decades.”

According to her, others charged to court included Yakubu Yahaya Katsina and Sanusi Abdulkadir Koki for alleged criminal conspiracy, culpable homicide punishable with death and unlawful assembly.