A man who assaulted his own daughter before feeding her faeces has been thrown into prison. 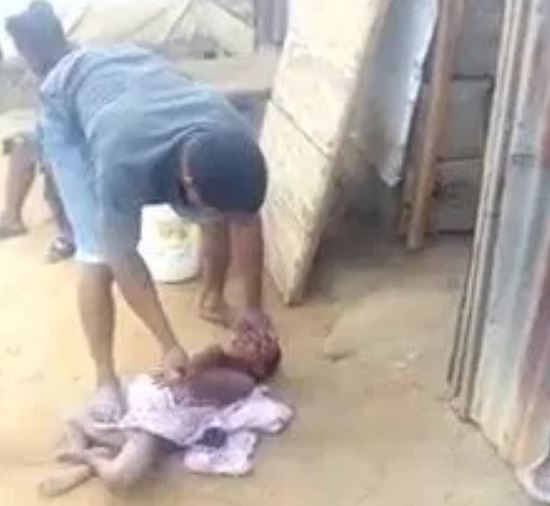 The man arrested and thrown into prison
A 27-year-old man, Francis Silas has been arraigned in court for allegedly matching the stomach of her under-age daughter, Happiness and feeding her faeces in Port Harcourt.
The incident happened on the 30th day of December 2019, at No. 3 Railway Close, D/Line Port Harcourt.
Silas who matched mercilessly the stomach of his daughter below five years while beating her is said to have committed the unlawful act and faces three count charges punishable under section 351, 241 and 249 of the Criminal Code CAP 37 Volume 2, Laws of the Rivers State of Nigeria, 1999.
The three-count charge at the Magistrate Court in Port Harcourt is bothering on matching on the stomach of a baby who was below the age of five years, forcing the baby to eat her faeces.
Francis Silas while taking his plea at the court pleaded not guilty to the charges
The lawyer of the accused person, E.E. Essien during the court proceedings applied for his bail.
However, the Police prosecuting team did not object to the bail application. The Prosecutors also asked the court for its discretion in the bail application.
The court after entertaining arguments from prosecuting and the defence counsels adjourned the case to the 14th of January 2020 for consideration of the bail application.
Top Stories