A military aircraft which was carrying some UN Mission crew members has crash-landed in DR Congo. 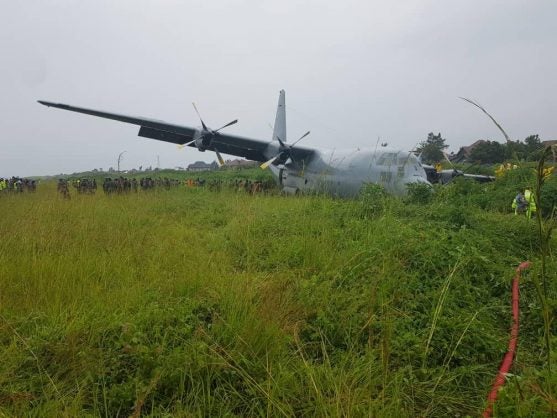 A South African air force plane crash-landed and caught fire Thursday at the Goma airport in eastern Congo but there were no casualties, authorities said.

The C-130BZ military aircraft was transporting 59 passengers and eight crew members from the U.N mission when one of its left engines caught fire upon landing, said Mathias Gillman, acting spokesperson for the U.N. peacekeeping mission in Congo known as MONUSCO.

“MONUSCO sent a rescue team that brought the fire under control and everyone was safely evacuated, ” Gillman told The Associated Press. 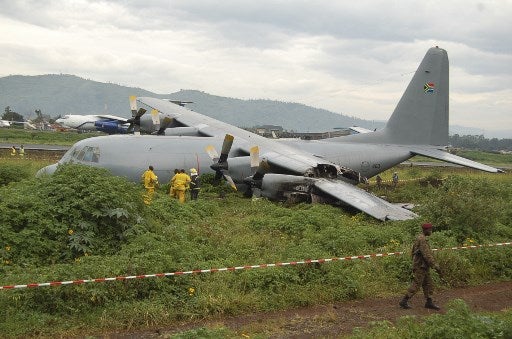 The plane was returning from the eastern Congo city of Beni, where it was providing logistical support to the South African contingent deployed in the region, he said.

The South African National Defense Force in a statement confirmed the incident with one of its aircraft and said a board of inquiry will be convened to investigate what happened. 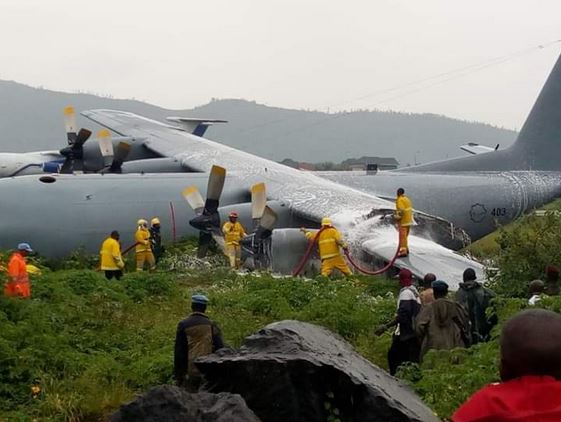 Firefighters at the crash scene

South Africa is one of the top five troop contributors to the U.N. peacekeeping force in Congo.

In November a small civilian plane crashed into homes shortly after takeoff in Goma, killing 26 people, including the passengers and crew as well as residents on the ground. Authorities said the 19-seat plane owned by private carrier Busy Bee had been headed to Beni.