A little girl has been left battling for her life after her head was allegedly banged on the floor. 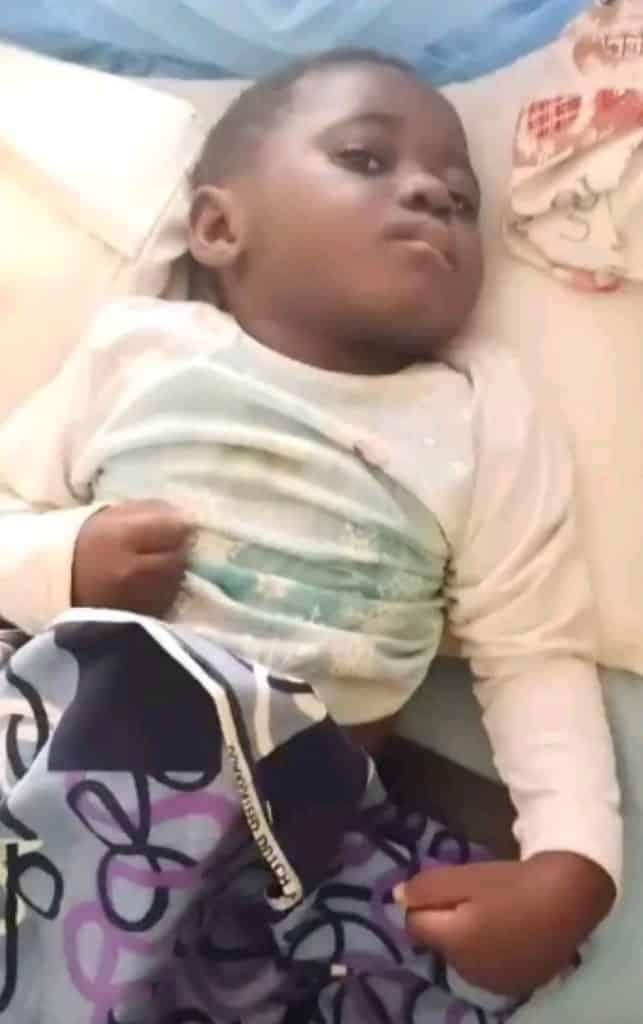 The little girl who got paralyzed
A young child who was physically assaulted by a woman has been left fighting for her life at the Benue State University Teaching Hospital in Makurdi.
A  Facebook user, Ukan P Kurugh, took to his social media page to share the sad story.
He wrote:
“Could This Be Accident Or Wickedness? For demanding that she needed to take a break from her lesson, Erdoo Luper Amu, four years is now battling with life at the Benue State University Teaching Hospital (BSUTH) Makurdi.
Her helpless father, Luper Amu said he initially declined to honour the request to allow his daughter to live in Makurdi with Laadi Terhemba Amo, who is now the reason why his daughter is battling with life.
According to the father of the four-year old, his daughter incured the wrath of Mrs. Amo when she complained that she could no longer continue with “reading” and be allowed time to rest.
Angered(?) by the request, Mrs. Amo is said to have hit the little girl on her head, as she fall on the tiles floor of her living room. But Erdoo’s forearms and head, her body system from the waist to the hind limbs are not moving. 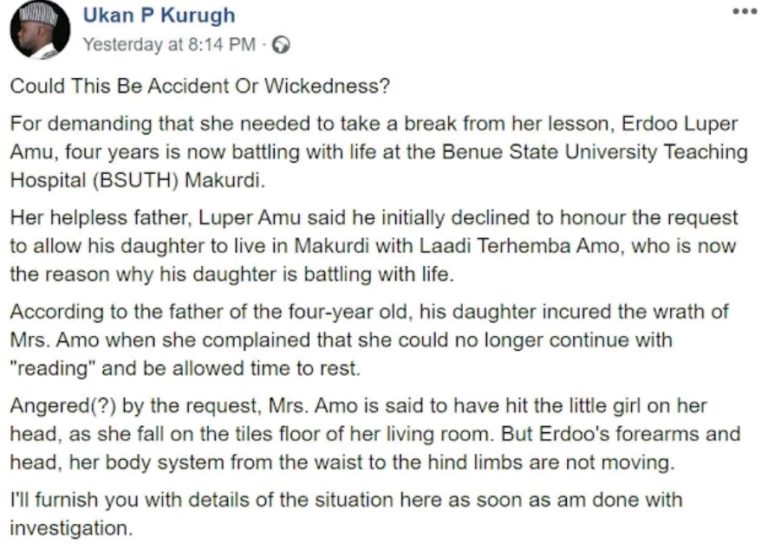