Nigerians have taken to social media to break their silence after Bishop Oyedepo dismissed senoir members for looting. 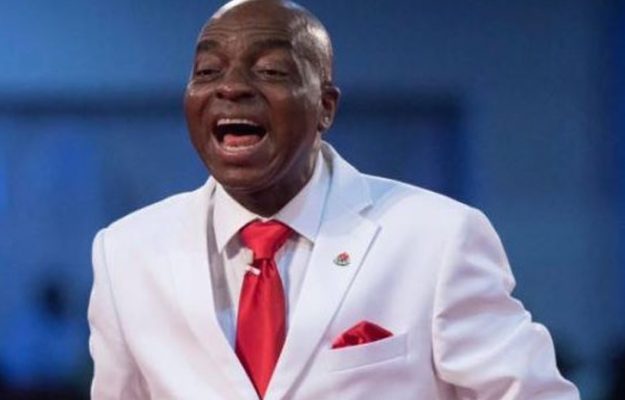 “Don’t employ them, don’t sympathise. Whoever sympathises with the wicked is wicked himself. Don’t sympathise with any perpetrator of fraud, otherwise, you are a partaker of the evil act.”
However reacting to the report, some Nigerians lashed out at Bishop Oyedepo for not seeing the said act in a vision before it was uncovered and also for not forgiving the officials 70 times 70, just like the Bible said. Others however defended him.
Here are some tweets below: 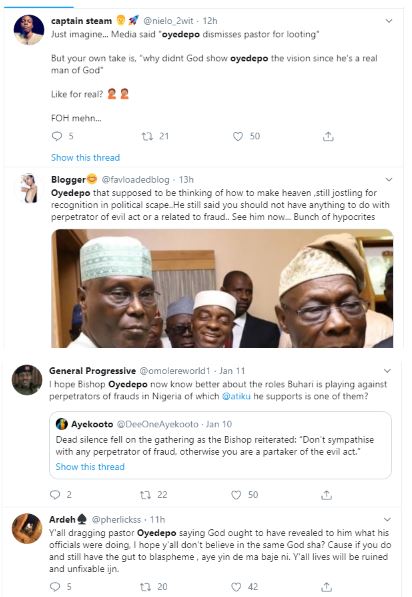 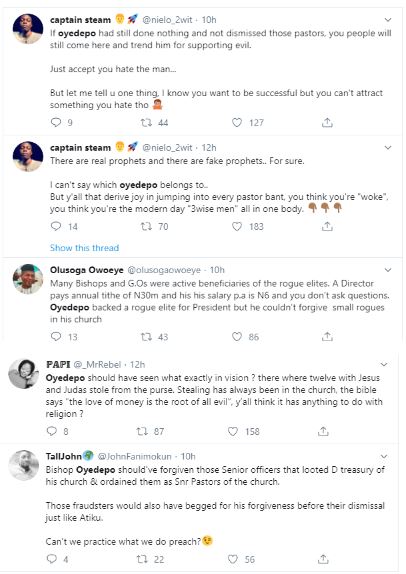 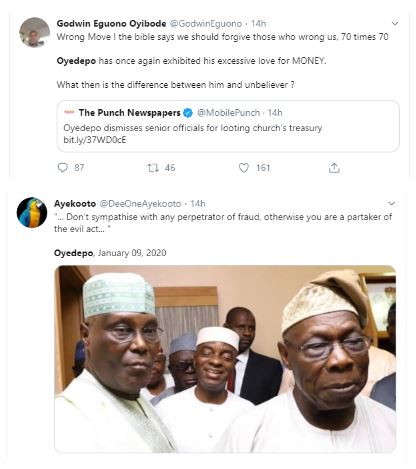