Mr Adesina said he was responding to the article by editor, Shaka Momodu titled ‘The General is Divider-in-Chief. 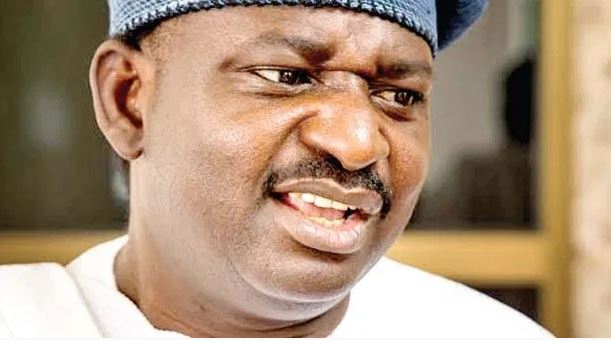 A presidential spokesperson, Femi Adesina, has released the statement below attacking an editor of Thisday newspaper over an article critical of President Muhammadu Buhari.

Mr Adesina said he was responding to the article by editor Shaka Momodu titled ‘The General is Divider-in-Chief.

Shaka Momodu: A Columnist as Hater-in-Chief

For many years, week after week, Shaka Momodu opens the sewers, and pours vitriol on President Muhammadu Buhari on the back page of Thisday Newspapers. We ignore him, reasoning that when a mind is diseased, there is hardly much you can do to point such soul to decency. It remains impervious to anything not from the very nether region of hell.

However, on Friday, January 10, 2020, Shaka Momodu overreached even himself in hatred and deviousness by his piece with the headline, The General is Divider-in-Chief. Yes, you know who he was talking about. He usually has no other topic than President Buhari, whom he takes delight in using the foulest language against. Foul language is often evidence of poor breeding.

In the build-up to general elections last year, Momodu embarked on a crusade, urging all and sundry to vote out President Buhari. And what did he, and his cohorts, get at the end of the day? A shellacking, drubbing that left them reeling in shock. But rather than wake to reality that he is among the tiniest of minority voices in the country, the columnist rather gets worse by the day. He still stubbornly waves a flag that is perpetually limp, not even at half mast.

In the very repetitive January 10 verbiage, the columnist, who curiously is also an editor with Thisday, demonstrated that hatred for President Buhari was deeply embedded in his bones. He dug up, and kept repeating long discredited narratives, parading them as truths, to attain his jaundiced purpose.

Hear one thing he kept repeating like a broken gramophone record in the piece: “He declared from the outset of his regime that he would pursue a policy of 97 percent and 5 percent and proceeded to implement his regime’s policies and appointments on that basis.”

Thick skulls and sick minds keep repeating falsehood, even when their follies have been repeatedly pointed out. The columnist was referring to what the President said in the early days of his administration, as he met with Nigerians In Washington, United States of America. He said in rewarding those who voted for you in any election, it stood to reason that those who gave 97 percent of votes should get more positions than those who gave 5 percent. But he ended by submitting: “The Constitution forbids me from such, and I won’t do so.”

What did perennial haters do to that speech? They took the earlier part only, cut off the conclusion, and began to trumpet it on all media of mass communication. We explained the true position, but since it didn’t favor their narrative, they refused to listen. It is amazing that an editor and columnist is among those still advancing the jaundiced position after much explanations. See what hatred can do to a man!

Another falsehood, talking of President Buhari: “He so defended Boko Haram that it nominated him as one of its negotiators with the Jonathan government.” But that is just a tiny part of the story. When that purported nomination came from Boko Haram, it was seen clearly for what it was. An attempt to cleverly demonize the then General Buhari by the government of the day, who saw the Daura-born General as the greatest obstacle to its continuation in office. Buhari denounced the nomination, and said he had nothing to do with Boko Haram. Why did Momodu leave out that part of the story, if mischief was not at play? Hatred addles the mind, and makes people lose all sense of reasoning.

If Gen Buhari was to be Boko Haram negotiator, why did the same group attempt to terminate his life in Kaduna in July 2014, leading to many loss of lives? Except maybe it was not Boko Haram…

And the columnist gave himself out again, when he posited: “For those who have chosen to forget, the support of people like Buhari, the Borno Elders’ Forum, the Northern intelligentsia, and the All Progressives Congress (APC) made it difficult to defeat the group…. Boko Haram is what it is today because it had a big supporter in Buhari and his party, the APC.”

Ah ha. This is about hatred for a man, a section of the country, the North, and a political party. Can we rightly say then that Shaka Momodu is one of those who miss the wheeling-dealing days of the People’s Democratic Party? Well, those days are gone, and a new order is here. You may resent and deride the new order, but here it is. And it is laying a new foundation for our country, giving the people a future and a hope.

The bilious article was written based on a statement issued by the Presidency, after 11 people were executed in December by Boko Haram. Momodu said they were of the Christian faith. Does it really matter which faith they belonged to, except to somebody who wants to divide Nigerians further? Long ago, it has been established that Boko Haram is not about religion, but sheer evil and anarchy. They kill Muslims (even possibly more than adherents of other religions), kill Christians, animists, and anyone they can lay their hands on. It is not about religion, except to columnists with convoluted minds.

He alleges that “useful idiots” foisted Buhari on Nigeria. Fifteen million voters are idiots, while Momodu and his ilk are the only wise ones. Good luck to them. Before the elections last year, we told them that Buhari would give them a whacking. They didn’t believe. Now, they are still licking their wounds. The pains would endure till 2023, God willing.

There is something about believing, and chronic unbelief. Those of us who believe in Buhari will follow him from Cape to Cairo, while those who don’t believe are welcome to their unbelief. Momodu is in the latter group. How do I know? He gave himself out again: “I scoff at his speeches and preaching of peace each time I come across them and turn away in perplexing bewilderment at how successfully he has managed to fool so many people.”

At the end of 2017, the Presidency released a comprehensive list of all appointments made since 2015. It was very revealing. Ogun State had the highest of 21 positions, Imo and Kano followed with 15 each, Edo and Katsina (the President’s home state) had 14 each, Ebonyi and Abia, two each, Kebbi, three, while Zamfara, Sokoto, Oyo, Enugu, Ekiti, and Akwa Ibom, had four each. Yet, the cry then was still about lopsided appointments, till statistics put the lie to it. More than two years later, Momodu still repeats the same hollow lie: “His high profile appointments to strategic national parastatals are so lopsidedly in favor of his tribal/ethnic/religious stock almost to the total exclusion of other parts of the country.” God, give us journalists that are not blinded by hate, those who won’t attempt to feed the populace with noxious substances in the name of Information .

To the columnist in question, all is fair in love and war, including lies. The Hate Speech Bill , he says is promoted by President Buhari, “to now gag us.” Lie! The President has nothing to do with the Bill, and it has been said repeatedly. Even the lawmaker promoting the Bill has said so. But when you are Hater-in-Chief, reason flees.

All attempts to bring amity between farmers and herdsmen in the country, Momodu describes as land grabbing gambits. He seems to prefer that the bloodletting should continue, thinking it would discredit Buhari. It’s like swallowing poison, and thinking it would kill your neighbor. Issorait (as it’s said in local lingo).

Let’s leave Shaka, who usually attempts to treat the President shakashaka (Yoruba word for treating someone like what the cat dragged in), and go attend to more serious things. We simply commend to him the words of William Shakespeare : “Love me or hate me, both are in my favor. If you love me, I’ll always be in your heart… If you hate me, I’ll always be in your mind.”