Sources close to the former governor said he did not mark the Christmas, Boxing Day, and New Year holidays in a special way. 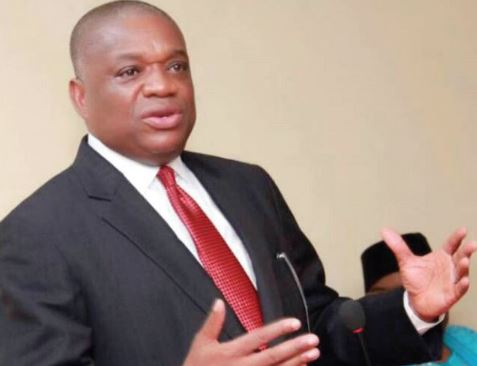 Former governor of Abia State, Orji Uzor Kalu and former Attorney General of the Federation and Minister of Justice, Mohammed Adoke (SAN) were the latest VIPs to spend the 2019 festivities behind bars over corruption charges despite attempts to secure their release on bail.

Beside Kalu and Adoke, former governor of Plateau State, Joshua Dariye and his Taraba counterpart, Jolly Nyame, are also cooling their heels after being sentenced to 10 years and 12 years respectively for corruption. Kalu was on December 5, 2019 sentenced to a 12-year prison term for diversion of N7.2bn by a Lagos Federal High Court alongside a former commissioner for Finance, Jones Udeogu and his company, Slok Nigeria Ltd.

He later made a post-sentence bail application seeking to be released on medical grounds. But Justice Abdullahi Liman refused the application, wondering why the haste as the appeal against his conviction on a 39-count charges by the Economic and Financial Crimes Commission (EFCC) had not been heard by the Court of Appeal.

Sources close to the former governor said he did not mark the Christmas, Boxing Day, and New Year holidays in a special way. The source said there were no special gifts to the inmates of the correctional centre, as “he just stayed on his own.”

On his part, Adoke was arrested in Abuja on his return from the UAE on December 9, 2019 by the Interpol, his lawyer Mike Ozekhome (SAN) said. He was handed to the EFCC for investigation over the Malabu oil deal. He was later detained despite a court order, according to the lawyer. Adoke’s bail application suffered a setback on December 31 after the presiding judge, Justice Othman Musa, returned the casefile to the Chief Judge of the FCT High Court for reassignment to the court where he will be arraigned.

EFCC on January 2 obtained a fresh 14 days from the court pending investigation. One of his lawyers, who pleaded anonymity, said he spent the yuletide in the EFCC facility in Abuja facing interrogation by operatives of the commission and reading. “He was given a decent room, but it cannot be as comfortable as his personal house.

He had no time for any kind of celebration because he was interrogated regularly over the Malabu deal and his lawyers were always there,” the lawyer said. The spokesman of the Nigerian Correctional Service, Francis Enobore, who refused to speak on the condition of Kalu in prison, said the safety and comfort of inmates are of great concern to the service, and as such different kinds of offenders are not detained together. He said the service will not refuse any gift by VIP inmates and other public-spirited individuals and organisations as the correctional facilities nationwide are having shortage of materials.

“We try as much as possible to ensure that inmates are kept well. If it is not well with the coat, it will not be well with the person wearing it. So how can we maltreat or keep them in poor environment. It will be in our interest to ensure they are comfortable. When they are sick, the officials don’t sleep in the night. Everybody is on their toes,” he said.