Radio personality, Daddy Freeze has taken to his social media page to talk about father Mbaka's prophecy that came to pass in Imo state. 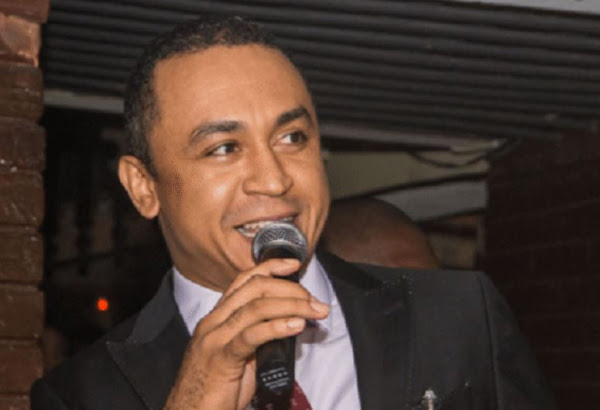 Daddy Freeze
Since Supreme Court's verdict yesterday declaring Hope Uzodinma winner of Imo state Governorship election, Nigerians cannot stop talking about Catholic priest, Father Ejike Mbaka who had a week ago said that Emeka Ihedioha will be replaced by Hope Uzodinma as governor.
Mbaka made the declaration while preaching at his church.
True to his words, the Supreme court sacked Ihedioha yesterday and replaced him with Hope Uzodinma. With the verdict, some Nigerians have gone to market with news that father Mbaka is indeed a true prophet of God.
However, social media commentator, Daddy Freeze while reacting, revealed how Mbaka was able to get his prophecy right.
According to him, God is not a fortune teller.
Freeze said that Mbaka who is a close ally of President Muhammadu Buhari might have gotten classified information about the judgement which was why he gave the prophecy.
He wrote: “Lol at those who think what Father Mbaka said was a prophecy. God is not a fortune teller. Wake up guys. Someone on top of things could have squealed but you love myths don’t you? 2 Timothy 4:4:. New Living Translation. They will reject the truth and chase after myths.”