Married Man And Mistress Murdered By Unknown Men In Ebonyi


The lifeless bodies of a married man and his lover have been found after they were allegedly attacked by unknown assailants in Ebonyi State. 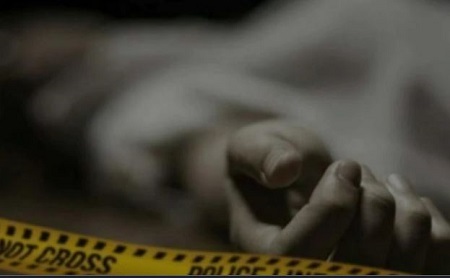 Tragedy struck on Monday in the Umuezeoka Umueze village, Effium community, in the Ohaukwu Local Government Area of Ebonyi State, as the lifeless bodies of a married man, Ifeanyi Nwokwu, and his mistress, Mrs Nkechi Ucha, were found in a room in the man’s house.

It was gathered that Ucha, until her death, was a widow, as her husband died many years ago.

A source in the community, who spoke to journalists on condition of anonymity, said the lovers’ corpses were discovered around 8pm on Monday in a room in Nwokwu’s new house after a painstaking search by his wife.

They were allegedly killed and locked up in the room, according to the source.

The source stated that there were injuries on the bodies of the lovers, which suggested that they might have been killed by assailants.

The source explained, “Both of them were found dead in the man’s room. The room was locked from the outside. And looking at the corpses, you would understand that they were killed, because there were injuries on their bodies.

“This is a worrisome development as this is not the first time that we are witnessing this kind of incident. Sometime last year, a similar incident happened when armed robbers killed a young man in this same Umuezeoka Umueze community and till now, the perpetrators of this heinous crime have not been brought to justice.”

Investigation by Southern City News revealed that prior to the incident, Nwokwu and another man, identified as Mazi Ozoigbo, were allegedly battling over who would win the heart of the widow.

Some persons, including Mazi Ozoigbo, have been arrested in connection with the incident, while the corpses have been deposited in the mortuary.

When contacted on the incident, the Ebonyi State Police Public Relations Officer, Loveth Odah, confirmed it.

Odah said she was still reaching out to the Divisional Police Officer, Effium, for the details of the incident.

The Coordinator of the Effium Development Centre, Sunday Agbo, described the incident as unfortunate.

Agbo sympathised with the deceased’s families and urged the people not to take the law into their own hands, adding that security agents had intervened in the matter.

He called for a full investigation to unravel the circumstances that led to the death of the victims.

Agbo stated, “The incident that led to the death of Ifeanyi Nwokwu and Nkechi Ucha is quite unfortunate. I sympathise with the families over their untimely death in such a mysterious circumstance.

“I also want to urge the people not to take the law into their own hands as security agents have intervened in the matter, even as investigation is in top gear to unravel the circumstances that led to their death.”