Abiodun Raufu talks about the main reasons why Nigerians end up in prison in the United States of America. 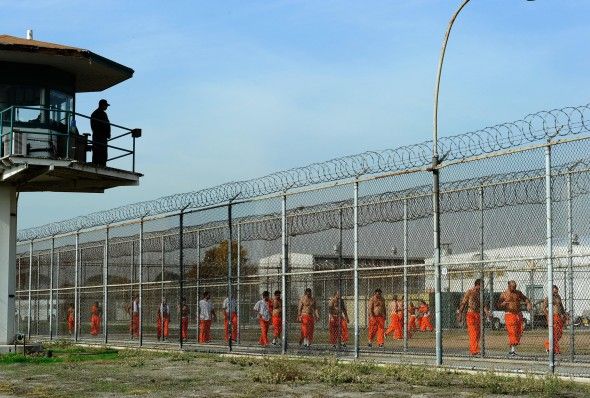 File photo: A US prison

Despite the occasional negative stories about Nigerians misbehaving in the United States, most Nigerian immigrants in the U.S. don’t get into trouble with the law. Hardworking, resilient and upwardly mobile, they generally avoid any incident that might bring them in contact with the police. While anyone can get into trouble for just about any law violation either because of deliberate intent or negligence, the few Nigerians that get into trouble in the United States are more likely to have committed one of these three crimes – fraud, domestic violence, driving while intoxicated.

Immigrants, including Nigerians here, generally commit crimes far less than native-born Americans and there is a large body of literature to prove this. The demographic composition of inmates in American prisons also reflects this. The only clear-cut crime that is higher in the immigrant community than among native-born in the United States is intimate partner violence.

Some Nigerians like to cut corners. But the United States is not a place to come up with some hare-brained, get-rich-quick-schemes. The likelihood of getting caught is high because of the efficient policing aided by sophisticated forensic science. It is a country with an interconnected financial system and databank that closely monitors the movement of money, making it difficult to engage in money laundering, mail fraud and other Internet scams for long. Yet that has not deterred a few Nigerians and media reports indicate that they can only be successful for a while before getting caught.

Domestic violence is another crime that has sent some Nigerians to prison. Spousal relationship in the United States is completely different from the Nigerian conception of a romantic relationship. The African patriarchal social structure with its defined gender roles invests some degree of authority on a man over his wife and society tends to turn the other eye to some forms of physical, sexual and psychological abuse in intimate relationships. There is nothing like husbandly privileges or authority here. Such abuse is vehemently discouraged in the United States and the easiest way to end up in prison is for your wife, or even husband, to call the police on you for domestic violence. It is even worse if the police find evidence of physical injury on the victim. The law, however, applies to both men and women because some Nigerian women who do not understand the law think it protects only women. Not at all. If a police officer arrives and finds evidence of injury on the man, the woman goes to jail. But if both sustain injury from fighting, the police officer under the dual arrest policy can arrest both the man and the woman.

The third crime that Nigerians are most likely to commit also arise out of cultural differences and the inability of the average Nigerian to sometimes adjust to the American way of life. This is the habit of driving while intoxicated. In a country where self-driving is the norm and getting a chauffeur will cost an arm and a leg, Nigerians attend social events every weekend and gulp a substantial amount of alcohol at such events. Driving home afterward without getting stopped by the police becomes a problem. Yet U.S. law frowns at drunk driving. DWI (Driving While Intoxicated) or DUI (Driving Under Influence) is taken seriously here. The United States frown at driving while intoxicated because of the high annual casualties and the risk that drunken drivers pose to other road users.

Drunk driving remains the leading cause of deaths on American roads. According to the 2016 statistics of the U.S. National Highway Traffic Safety Administration (NHTSA), 10,497 people died in drunk driving-related deaths. In 2017, the figure increased slightly to 10,874. This means one person died at the hands of a drunk driver every 48 minutes. It is a crime to drive with an alcohol level of BAC .08% or higher in one’s body. I am not exactly sure of how many bottles of beer will constitute BAC .08% or higher because factors such as age, gender, drink strength, food intake, metabolism, body type and medication taken can affect an individual’s alcohol tolerance level. But suffice to say that the police also have the power of discretion in many states to arrest a driver if he is noticeably impaired even if the alcohol level in his system is far below BAC .08%.

Except for fraud arrests which tend to command media attention, friends and acquaintances hardly know when a Nigerian has gone to jail. The usual excuse everyone gives when they are absent for a while either in church or in the neighbourhood is that they had gone to Nigeria to take care of some family matters.