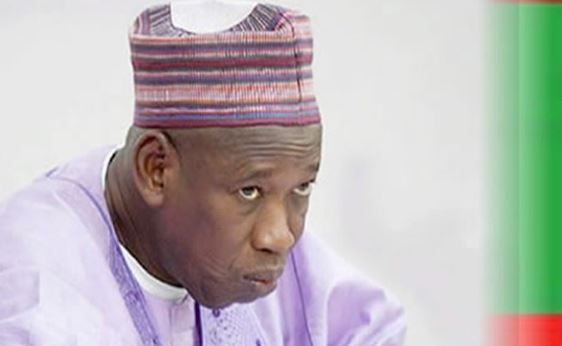 Governor Abdullah Umar Ganduje of Kano State has accused the leader of the defunct Congress for Progressives (CPC) Alhaji Buba Galadima of suffering from political malfunction.

Ganduje also described Buba Galadima’s claims on Kano state governorship election as baseless and lacking in required merit as well as a claim coming from a dysfunctional politician.

Galadima, had yesterday said the Supreme Court verdict that removed Emeka Ihedioha as governor of Imo state should not exonerate Governor Abdullah Umar Ganduje of Kano state due to what he considered similar incidence.

Galadima told journalists in Abuja, that the technicalities considered and applied by the apex court which affirmed Hope Uzodinma as governor of Imo state on Tuesday, tied to the cancellation of votes he allegedly belong to Abba Kabiru Yusuf of (PDP) Kano.

But responding, Governor Ganduje through his elections cases legal team leader, Barrister Mohammad Abdullahi Lawan contended that the view of Galadima was absolutely no correlation between the facts and circumstances of the Emeka Ihedioha case and that of governor Ganduje, insisting that points raised by the PDP stalwart was rather unbridled ignorance of the law.

In a release made available to journalists, Barrister Lawan explained that “ In the former (Ihedioha case), whilst there was glaring evidence of the cancellation of results by officials other than the presiding officers, in the later case (Governor Ganduje) there was no evidence of such cancellation by officials order than the presiding officers. Instead, there was proven evidence in the Governor Ganduje case, that the cancellation of some of the 207 polling units were carried out by the respective INEC Polling Unit Presiding Officers as was clearly depicted in the numerous Form ECG 40s tendered and admitted in evidence without any objections by the Petitioners.

“Again, in the Ganduje case, there was the inability of the INEC to collate the results of 62 polling units in Gama ward comprising of over 48,000 registered voters in an election with a lead margin of only 26,000 votes! What is worse is that the disruption of the collation of the said results was caused by the PDP agent, one Dr Yakasai who testified as PW30. He admitted that whilst the said results were being collated, a commotion arose and he carted away the original Results of INEC and hid himself in a room for over one hour with a Biro with him! He kept the sensitive INEC documents in his custody for another hour before allegedly taking the said documents to the Kano Commissioner of Police instead of INEC.

“In the end, only twelve of those results were tendered in court by the Police. How on earth was the INEC supposed to collate the said results? Could the INEC have declared in an inconclusive election and thus disenfranchise over 48,000 voters in an election where the lead margin is only 26,000 votes. Finally the so called expert witness called by PDP admitted on oath that after his study of all the results, he agreed with the INEC cancellation of the results of 77 polling units on the basis of over voting. This in law is an admission against interest which the various courts are obliged by law to accept and which the two lower courts accepted”. Barrister Lawan maintained.

The coordinator of Ganduje legal team, explained that Galadima argument was fallacious and must be discountenanced by the general public.

Lawan who restated Governor Ganduje’s conviction on the credibility and hope in the judiciary however debunked any negative tendencies suggesting possible illusion and pressure against the Supreme Court Judgment on Kano gubernatorial election slated for 20th, January, 2020.