The two lovers met on Instagram one year ago, exchanged pictures and started online courtship. 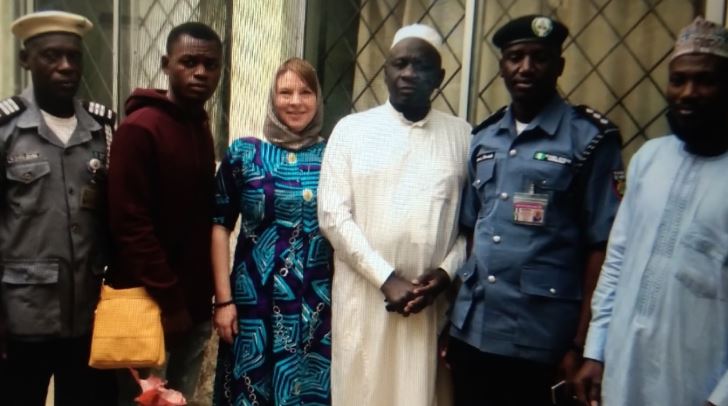 The Kano State Sharia law enforcement agency, Hisbah, on Saturday invited an American woman and her lover, Sulaiman Isa, to their office for questioning.

The 46-year-old American mother of 2, Jeanine Delsky, arrived at Panshekara, a suburb of Kano, to marry her 23-year-old boyfriend she met on Instagram.

Confirming the invitation to DAILY NIGERIAN, Mr Isa said they first reported at the local Hisbah office at Panshekara before they proceeded to the state headquarters of the agency.

“There is no cause for alarm over the invitation. It was more of advices and counselling. They heard from us all, including my father.

“They’re convinced that she has genuine intention. So they advised me to be committed to my religion when we finally settle in the US,” he said.

The two lovers met on Instagram one year ago, exchanged pictures and started online courtship.

Ms Delsky said she decided to follow her boyfriend to Kano because of her love for him.

She said many people had courted her online but she found Mr Isa as the most loving and sincere.

She said they both agreed to get married and fly to the US where they intend to settle.

Holding the hands of her beau and smiling, Ms Delsky said she realised her dream by meeting the love of her life.

The duo plans to marry in March.