The young man was abducted in the Ago Palace Way area of Lagos and was later found at Festac. 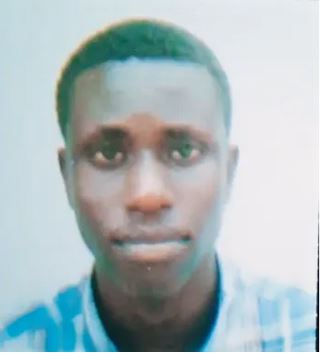 According to NewTelegraph, a jubilant father, Prince Albert Uba, yesterday, narrated how his 17-year-old son, Richie Godswill Uba, was abducted on Ago Palace Way, Okota, Lagos and was later found at Festac.

Albert said the incident occurred about 10a.m., moments after his wife, while in church, sent the boy to the nearest Automated Teller Machine (ATM) on Ago Palace Way by Avenue bus stop, to withdraw N20,000.

After waiting for hours, the mum sensed something was wrong and raised the alarm in the church. A search party was quickly organised. But Richie simply appeared to have disappeared into thin air.

It was later discovered that after withdrawing the N20,000, Richie was walking away when four men grabbed and bundled him into a waiting Honda car. He later told his parents that he didn’t know where he was taken.

One of the men had earlier engaged in a conversation, asking him for a direction to a certain hospital in the area. The guy drew closer to the boy, flashed him a pistol and warned him not to make a noise. He threatened to shoot if the boy so much as sneezed. Richie was marched into the car and driven away.

The relieved dad added: “My son, Richie, came from his school, University of Lagos (UNILAG), Akoka, to spend the weekend with us. His mother sent him to a nearby ATM gallery from the teenagers’ section of the church to withdraw N20,000 for her to effect payment of the ongoing National Identification Number (NIN) registration holding at the church only for him to be accosted by some armed men and forced into their vehicle.

“He was asked to bend down in the car, blindfolded and driven to a lonely spot in Festac town where he was dispossessed of his handset, the withdrawn money and the ATM card. He was later pushed out of the car.

“In the meantime, the entire church was praying for his return, from wherever he was. About 1.45p.m., my phone rang and it was my son’s voice, saying, ‘daddy it’s me Richie.’ He told me that he was kidnapped and that he didn’t know where he was. Some minutes later, my wife received a debit alert of N80,000. I give thanks to Almighty God for His mercies. Although the money and handset were gone, but my son is alive.”

Albert added that Richie was pushed out of the kidnappers’ moving vehicle at a lonely path by 21 Road, Festac. The bewildered boy got up, dusted his body and started wandering about, heading to nowhere.

He said: “Everybody he approached for a phone to call me, refused until he met a Hausa man, selling sundry wares. He narrated his ordeal to the man and told him that he needed to contact his father. That was how he called me and we got to know where he was. We drove immediately to Festac and picked him.”