A commercial motorcyclist in the South-eastern part of Nigeria was caught on camera admiring the derriere of Destiny Etiko. 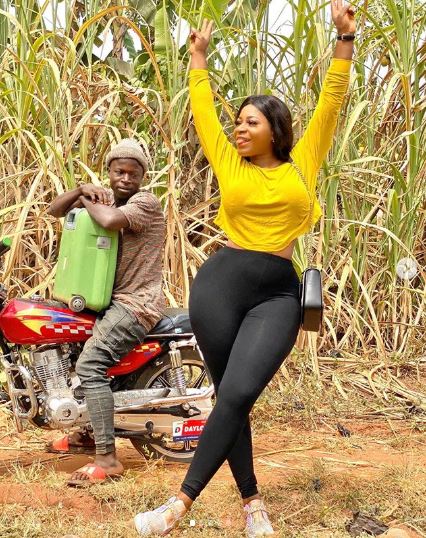 As the fun-loving Nollywood actress, Destiny Etiko took pictures on set, an Okada man was behind her starring at her bum.

The role interpreter who is based in the South-eastern took her pictures and shared online. The eyes of the cyclist got the attention of social media users who have been teasing Destiny Etiko online.

Destiny Etiko has one of the biggest bums in the local film industry. 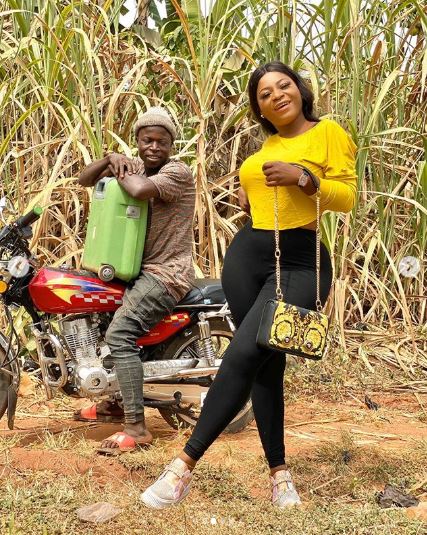 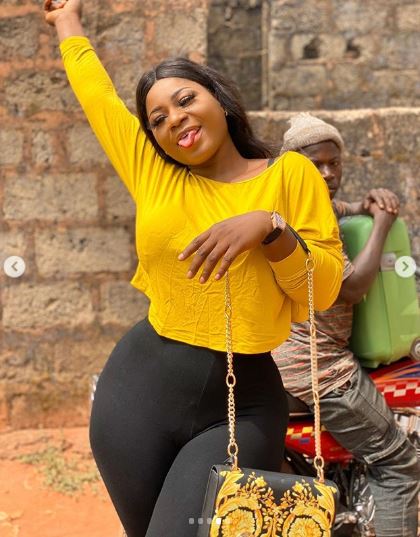 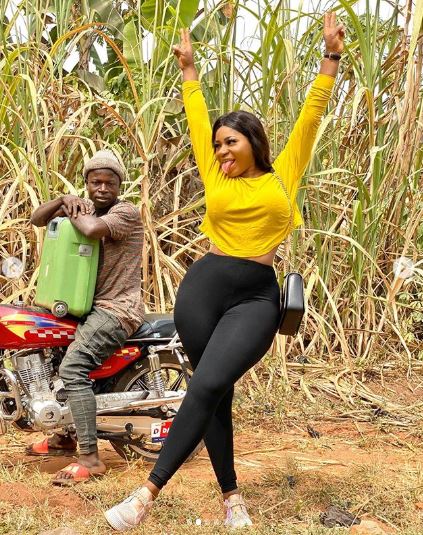