Since the year started over two weeks ago, the war against Boko Haram has been marred with tales of successes and regrettable failures. 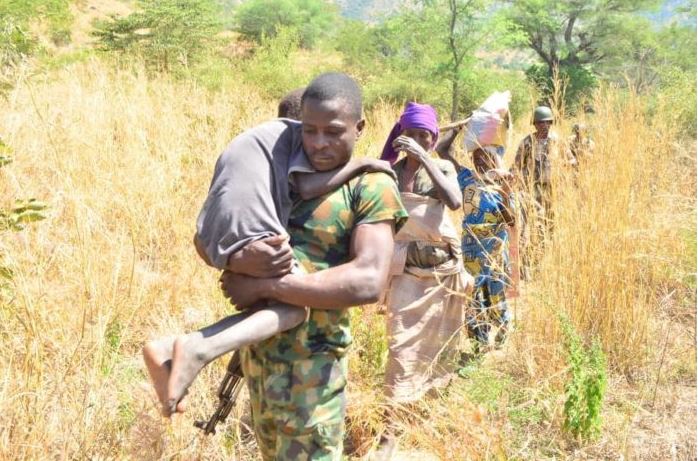 This article is part of my periodic evaluation of the Boko Haram war in Nigeria as a Political Scientist and I will be focusing on the successes and struggles of the Nigerian soldiers this year, 2020 based on secondary sources of data.

It should be noted that Boko Haram began the insurrection in Nigeria a decade ago, leading to at least 35,000 deaths with violence spilling over into Chad, Niger and Cameroon.

Kudos to our troops who have left their family members and loved ones behind to keep Boko Haram at bay, secure lives, properties and protect the territorial integrity of Nigeria. Since the year started over two weeks ago, the war against Boko Haram has been marred with tales of successes and regrettable failures. In simple terms, if the Nigerian Army were to be an English Premier League team, its progress this year will be rated with the likes of Tottenham Hotspur, Manchester United and Arsenal FC. These are clubs in distress, for every win they record, there is a surprising draw or loss waiting ahead.

On the 2nd of January, troops of the Nigerian military repelled an attack by suspected Boko Haram insurgents in Michika local government area of Adamawa state. On the same day, the army said an offensive against the terrorists has resulted in many of Boko Haram fighters killed, some captured as well as the rescue of 165 women and children in Borno state. In the same vein, it was also announced on the 11th of January, 2020 that the troops cleared Boko Haram terrorists’ hideouts and rescued five captives including an octogenarian, three women and a minor across Borno state in a few days. The troops of 121 Battalion deployed at Pulka in Gwoza Local Government Area, reportedly captured and destroyed the terrorists’ hideout at Zeledva Hills along Pulka – Bokko – Ngoshe Road.

In a similar operation conducted by troops of 21 Special Armoured Brigade deployed at Bama on Jan. 9, the soldiers recovered mutilated body parts of a neutralized Boko Haram criminal from an earlier encounter and one AK 47 Rifle magazine.

On Jan. 8, troops of 112 Task Force Battalion deployed in Mafa Local Government Area, decimated some Boko Haram criminals and captured one AK 47 Rifle and a bandolier of 7.62mm NATO ammunition. Other items recovered are four AK 47 magazines loaded with 120 rounds of 7.62mm Special ammunition while others were believed to have escaped with various degrees of gunshot wounds.

On the 12th of January, it was made known that the troops of the Multinational Joint Task Force (MNJTF) which includes Nigerian soldiers killed the third most powerful commander of the Islamic State West African Province (ISWAP) group, Amir Khalifa Umar.

There are many other interesting reports online which buttress the fact that Nigerian troops are giving their all on the battlefront but there is still a 'but' in the ongoing unconventional war. 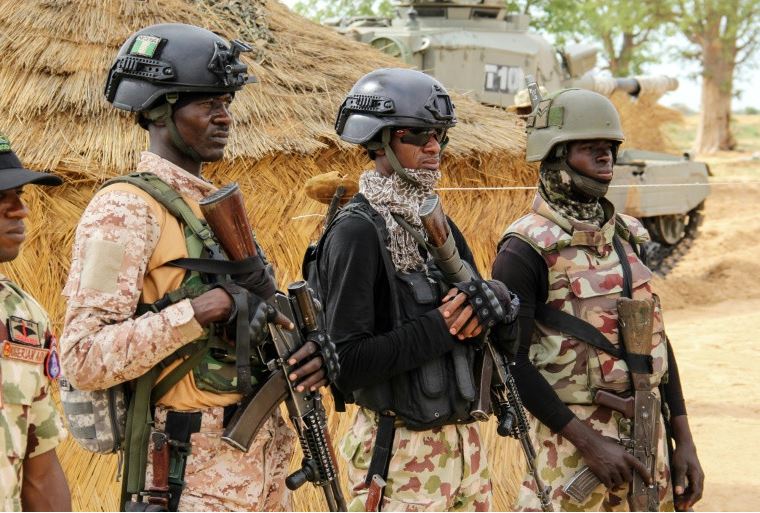 The Harsh Realities On Ground Against What Buhari Believes

President Muhammadu Buhari has boasted severally that about 14 LGAs in the Northeast specifically in Borno State were under the control of Boko Haram when he took power in 2015 but today, those lost areas have been recovered. This might be true to an extent but you can't trust a politician to tell you the time in a room full of clocks.

There are reports dated back in 2018 that Boko Haram has been controlling some remote areas in Borno, Yobe and other settlements around Lake Chad and collecting taxes from locals who feel safe in their hands due to the absence of government. When the army tells you it rescued at least over 50 Boko Haram captives from the regular clearance operations, be rest assured that the people were from a small territory controlled by the brutal sect which has now been divided into two groups - sharing similar ideologies but different Modus Operandi.

The bad news is that the war which has lingered for a decade might not be ending anytime soon. With the body language of President Muhammadu Buhari, he appears to have given up on defeating the Boko Haram terrorist group whose members appear to be re-incarnating after been neutralized.

On the 9th of January, it was reported by reported that some members of the Islamic extremist group launched a major onslaught in the neighbouring Niger Republic. A military base was attacked and 89 soldiers paid the ultimate price with their lives, surpassing a raid last month that killed 71 soldiers as the deadliest against Nigerien forces in years. The Nigerien government has since then made strategic adjustments by sacking a military chief and others to bring in fresh ideas.

It's on record that the Nigerian government sympathized with Niger when the country also reportedly lost about 20 soldiers in one fell swoop earlier according to the international news agency, Reuters. According to the Reuters news report dated January 7, 2020, suspected Boko Haram militants snuck into Monguno in Borno state posing as a convoy of soldiers killed 20 of our troops. They destroyed at least 750 homes, rendered 1,000 residents homeless and sent residents scampering into surrounding bushes. Apart from this calamitous event, there have been terrorist attacks along the Damaturu-Maiduguri road, a bomb attack that killed 30 in the market town of Gamboru and sporadic soft target attacks that have killed civilians and soldiers alike, since January 2020.

As the year started, Boko Haram decided to spread its tentacles across the North-east again. They invaded Michika Town in Adamawa State as reported on the 2nd of January but they were repelled by the soldiers during which the group suffered significant losses.

On Christmas eve, a faction of Boko Haram affiliated to the Islamic State, killed 11 Christian captives in Borno, saying the action was taken to avenge the deaths of Abu Bakr al-Baghdadi, IS’ late leader and Abul-Hasan Al-Muhajir, its spokesman, who were killed in Syria in late October.

Earlier in the month of December 2019, four abducted aid workers of the Action Against Hunger, an international non-government organisation, were killed by the Islamic State in West Africa Province (ISWAP).

As I write this piece, the chairman of the Christian Association of Nigeria, CAN in the Michika Local Government Area of Adamawa state has been kidnapped by terrorists. Rev. Lawan Andimi was abducted during the New Year celebrations.

On the 7th of January, the Nigerian Army confirmed an ambush by Boko Haram fighters on the convoy of the Theatre Commander of Operation Lafiya Dole (OPLD), Maj.-Gen. Olusegun Adeniyi, which occurred on the 6th of January. Two soldiers were wounded and the commander’s official car was badly damaged. The terrorist operation which was foiled was a bold statement showing the strength of the group.

The terrorist group also extended their aggression to police officers in Borno State. On the 8th of January, the Borno State Command of the Nigerian Police Force mourned the loss of three of its personnel during an encounter with the Boko Haram militants. The personnel who were men of the Special Anti Robbery Squad fell after a fierce battle with the insurgents in Kundori village of Konduga local government

On the 10th of January, reports emerged that some Boko Haram operatives had kidnapped four armed soldiers and two police officers along Damaturu-Maiduguri road. If readers look past the surface level of this report, they will realize that it takes so many guts and expertise to disarm and kidnap security men.

Nobody seems to be paying full attention to Boko Haram war anymore because psychologically the newsreaders have become to used to saddening news reports about Boko Haram attacks. The only news that might strike a chord might be the kidnap of a federal lawmaker or a sitting governor by the faceless group.

The AFP reported on the 5th of January that there was unrest in a small town of Gajiganna in the Northeast following the withdrawal of 1,200 Chadian troops from the Multi-National Joint Taskforce whose contract had expired. This made hundreds of locals to flee to Maiduguri for safety. The implication of this is that the villagers are still much susceptible to Boko Haram attacks. It's just a matter of time.

Today, it was made known that no fewer than 17 soldiers were killed, while many others were abducted in two confrontations on Friday and Saturday between the military and Boko Haram insurgents on Bama-Gwoza highway. The UN Humanitarian Coordinator in Nigeria, Edward Kallon, also announced that Boko Haram/ISWAP terrorists attacked its main humanitarian accommodation in Ngala, in the north-eastern State of Borno.

For every news of Boko Haram being decimated by the Nigerian military either on land or by air, there are always some reports of the sect having some wins in other areas but image-makers of the security outfits are quick to regard the reports as a 'campaign of calumny'.

Buhari About To Make A Huge Mistake

It's worrisome that Buhari wants to withdraw the army from the battlefield against Boko Haram to draft in the police the Nigeria Security and Civil Defence Corps which is the appropriate thing to do under normal circumstances. The gradual withdrawal of the troops slated for the beginning of this year is based on Buhari's questionable belief that peace and normalcy have been restored to those troubled areas. This has led to an outrage in the media as Nigerians showed lack of faith in the Nigeria Police Force ridden with corrupt elements and trigger-happy officials killing and severely brutalizing unarmed civilians.

Based on secondary sources of data, over 37 Nigeria troops could have been killed by the Boko Haram sect this year alone. The fact that such data is available is an indication of the strength of the sect even though our troops might still have the upper-hand. As I have advised over the years, Nigeria needs mercenaries and other external assistance to end the war.

This will put an end to rumours that some powerful figures are financially benefiting from the war against insurgency and might not want it to end.