A man who pretended to have been the one who kidnapped a missing Ondo child, has been nabbed. 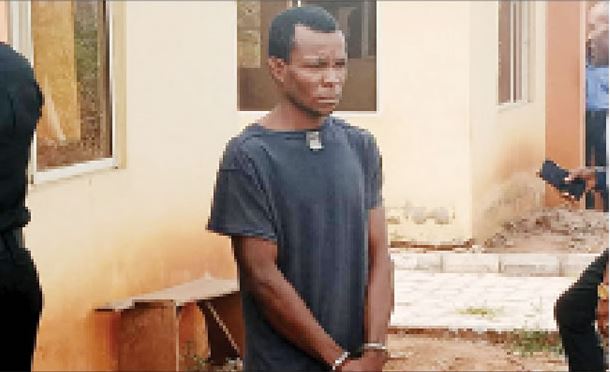 According to a report by Punch Metro, an Ondo State Magistrates’ Court sitting in Akure, on Monday, ordered the remand of a man, Chibuzor Ejike, in a correctional centre for making fraudulent claims.

Ejike was arrested last week in Port Harcourt, Rivers State, for claiming to be the abductor of a boy, Gold Kolawole, who went missing on the premises of the Sotitobire Praising Chapel, Akure.

He allegedly sent a text message to the wife of the church’s founder, Mrs Bisola Babatunde, demanding the sum of N800,000 as ransom for the release of Gold.

Gold, who went missing during a service in the church on Sunday, November 10, 2019, has not been found, while the founder of the church, Alfa Babatunde, is standing trial at a magistrates’ court over the boy’s disappearance.

The 39-year-old Ejike was arraigned before the court on three counts of felony, threat and demanding with menace.

According to the police prosecutor, Inspector Adeoye Adesegun, the defendant committed the offences on December 14, 2019.

Adesegun prayed the court to adjourn the case to enable him to study the file.

The counsel for the defendant, Mr Isaac Adubazi, did not oppose the request for adjournment but prayed the court to admit his client to bail in the most liberal terms.

In his ruling, the magistrate, Mr Mayomi Olanipekun, ordered that the defendant should be remanded in the Olokuta Correctional Centre pending legal advice by the Director of Public Prosecutions in the state.

The magistrate adjourned the case till February 20, 2020, for further hearing.