Amaechi revealed this while being accompanied by the governor of Oyo state as they inspect the site. 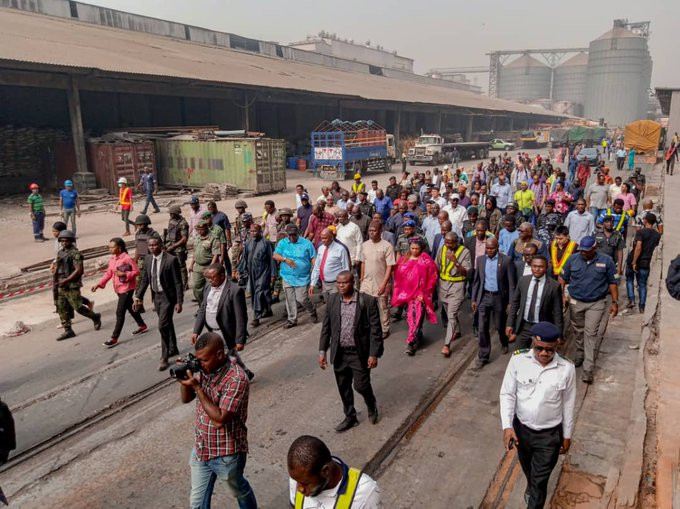 Minister of Transport, Rotimi Amaechi has announced that the completion of work on the Lagos-Ibadan rail line won't be done by April as a lot is still yet to be done.

The Minister who was accompanied on inspection of the ongoing work by Governor Seyi Makinde of Oyo State, stated that they will continue to work and redouble their efforts to complete the project and meet set targets.

"Today, Oyo State Governor,@seyimakinde is accompanying us on the monthly inspection of work on the Lagos-Ibadan rail line. We are going the whole nine yards. From the mega station in Ebute Metta to Apapa and all the way to Ibadan. A large chunk of this rail line is in Oyo State.

"Looking at the state of work in Apapa, completing the project in April doesn't seem feasible, especially the extension of the rail line to the seaport. We'll however, continue to work and redouble our efforts to complete the project and meet set targets." 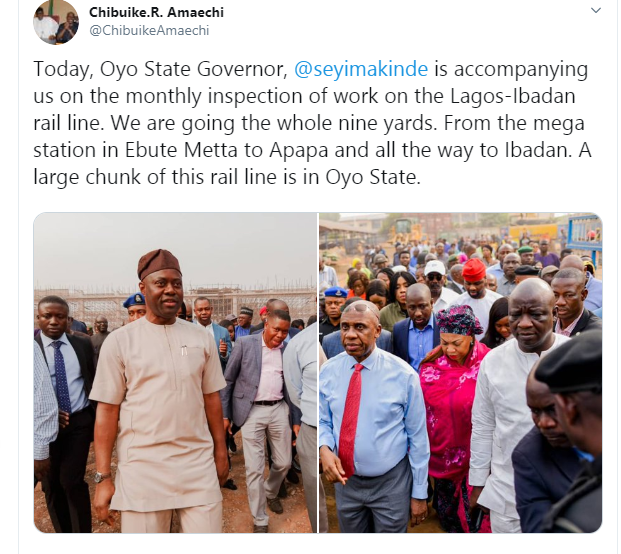 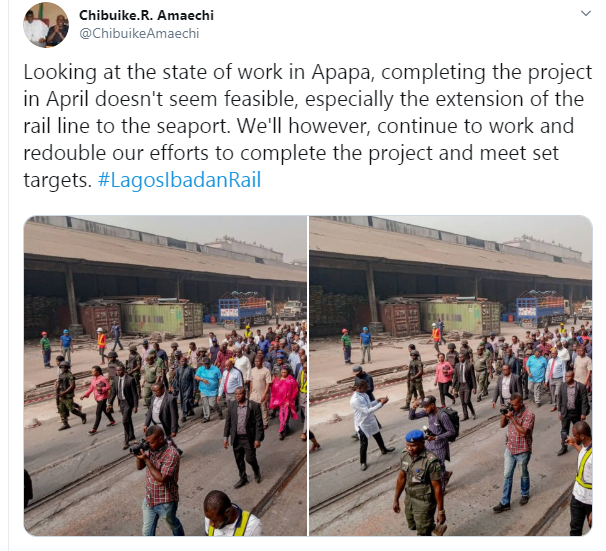