A man has gotten himself into serious trouble after doing something unruly to a traffic warden in Lagos. 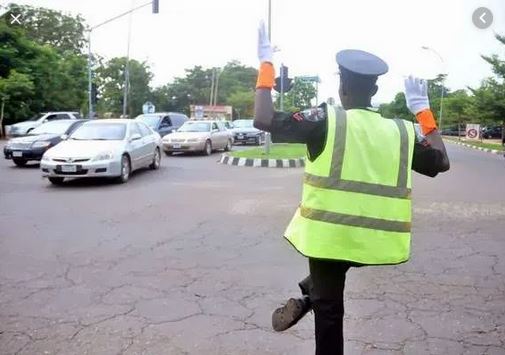 Mr Israel Adejol, a resident of Lagos state, was on Monday docked in an Ebute Meta Magistrates’ Court, Lagos, for videotaping a traffic warden while at his duty, Vanguard reports.

Adejol, 27, appeared on a one-count charge of recording a police officer on duty.

The Prosecutor, Insp Emmanuel Silas, told the court that the offence was committed on Jan. 17, at 8.00 p.m., at Orile Bus Stop, Iganmu, Lagos.

Silas alleged that the defendant took video shots of Olukayode Abayomi, a traffic warden, while he was controlling traffic.

The offence he said, contravened Section 57(1)(c) of the Criminal Law of Lagos State, 2015, which prescribes a N90, 000 fine or six months imprisonment.

The Magistrate, Mr T. Agbona, granted bail to the defendant in the sum of N10, 000, with one surety in like sum.

Agbona however, said the surety must be gainfully employed and should be resident within the court’s jurisdiction.

He adjourned the case until Feb. 11, for further hearing.