A large crowd from different South-West states have come out en masse to support operation Amotekun. 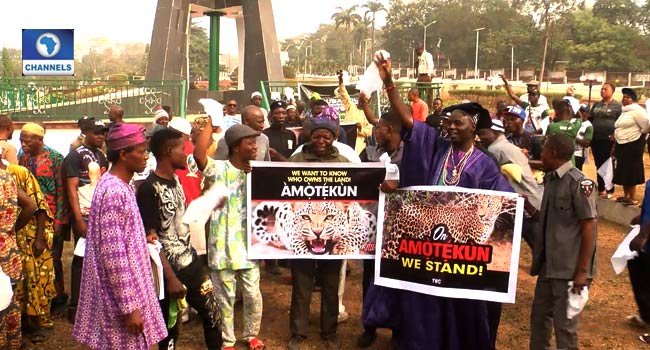 Amotekun rally in South-West
Youths, local hunters, community leaders and other concerned groups from the South-West region all came out en masse on Tuesday to support the establishment of the security task force code-named Amotekun.
The youths in Ondo, Ogun, Oyo and Ekiti all came out to support Amotekun saying it will help in tackling kidnapping, banditry and other crimes in the region.
The peaceful rally by the youths follows Federal Government’s declaration that the operation is illegal and “the Constitution of the Federal Republic of Nigeria 1999 (as amended) has established the Army, Navy, and Airforce, including the Police and other numerous paramilitary organisations for the purpose of the defence of Nigeria”
According to ChannelsTV report, in reaction to this pronouncement and in support of the security outfit, youths in Akure, Ondo State state capital held a peaceful rally. They insisted that the security outfit has come to stay.
In Abeokuta, Ogun State capital, youths under the auspices of the Yoruba World Congress (YWC) held a peaceful rally at the popular Panseke market. 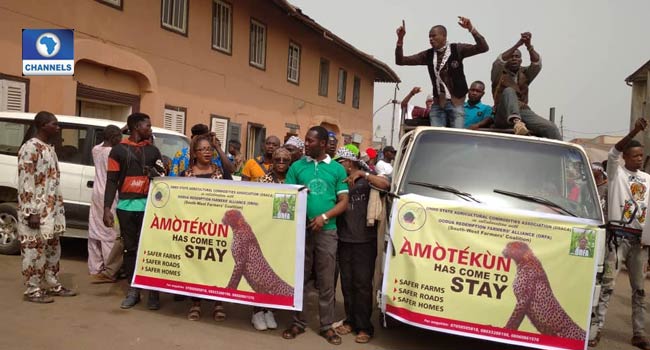 The group expressed support for the southwest governors, saying that the security outfit is to complement the effort of security agencies and not to rival it.
In Ibadan, the Oyo State Capital, the Yoruba World Congress staged a peaceful rally at the Government House Arcade in Agodi.
Members of the civil society and vigilante groups at the rally chanted solidarity songs and slogans in support of the security outfit.
Also in Ekiti State, a coalition of groups comprising socio-cultural organisations, Ekiti State Council of Elders, vigilante groups and youths held a rally.
They insisted that Amotekun is complementary to the existing conventional security outfits and urged the Federal government to support it.
The representative of the Ekiti State government at the rally also justified the creation of the security outfit by the south-west governors noting that they have simply danced to the tune of the people. 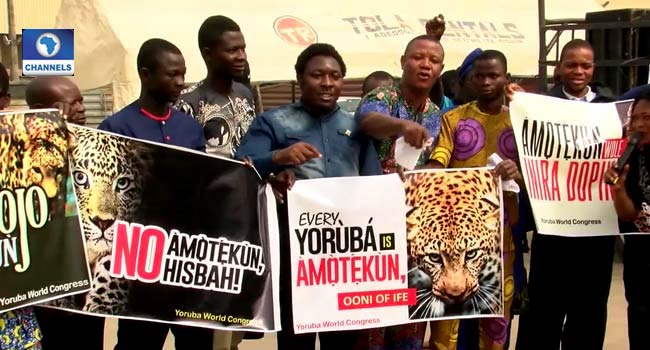 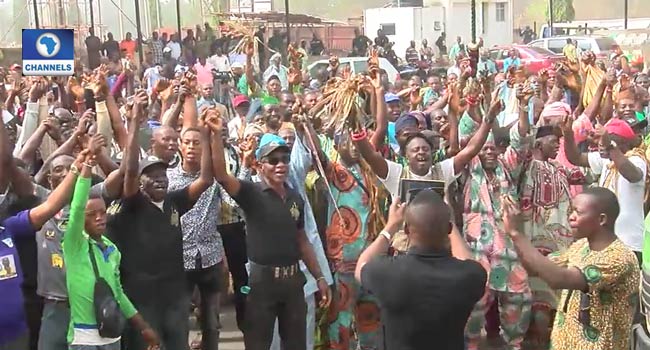 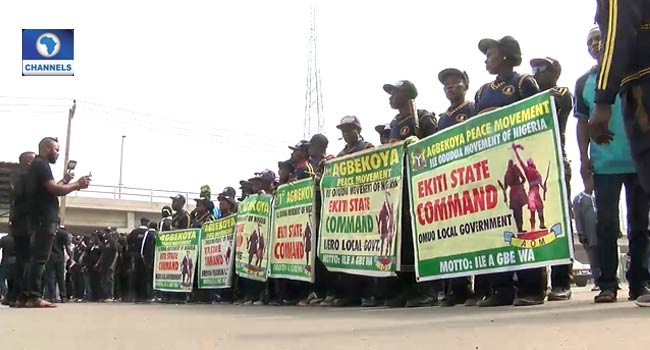