President Buhari Reacts To Execution Of CAN Chairman By Boko Haram


Following the sad execution of Rev. Lawan Andimi, Nigeria's president has reacted to the news. 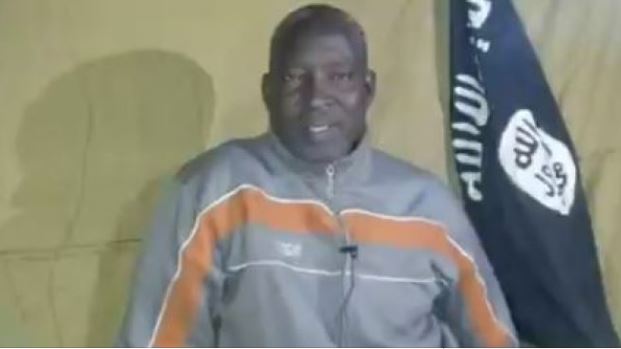 Rev. Lawan Andimi
President Muhammadu Buhari has condemned the execution of Rev. Lawan Andimi, the Christian Association of Nigeria (CAN) chairman.
The Pastor was abducted by Boko Haram insurgents during an attack in Michika, Adamawa State.
In a statement released by his media aide Garba Shehu, the President described the execution as cruel, inhuman and deliberately provocative. He also disclosed that the insurgents expressed willingness to release the abducted CAN President to a third party before the execution.
The statement read in parts;
“President Buhari consoles the Christian community all over Nigeria, the government and people of Adamawa state and the Bishop’s family over the sad loss of the man of God and assures that terrorists will continue to pay a heavy price for their actions and would comprehensively be defeated by our determined armed forces.
“President urged nations of the world to end all support provided to Boko Haram and Islam in West Africa, ISWA terrorist groups whose only goal is to sow death, violence and destruction in the sub-region."
Top Stories

Unbelievable! Man Cuts Off His Own P*nis To Be Able To Control His Libido In Benue (Photos)
Recent Stories