Senator Sani Musa has raised alarm following fresh attacks by bandits in the state saying government are not doing anything about it. 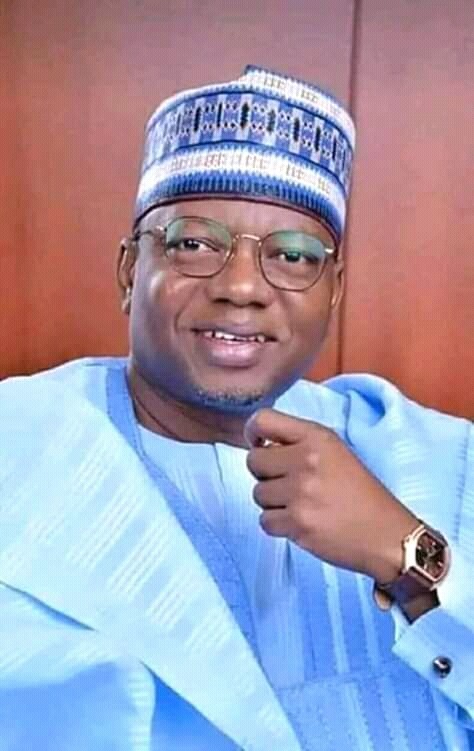 Senator Mohammed Sani Musa, All Progressives Congress, APC, Niger East has again raised the alarm that his people were being killed everyday by armed bandits without responses from concerned authorities.

He lamented that despite several calls and appeals to concerned authorities for action on the situation, not much has been done, just as he said that he was forced to cut short his trip after he received news of the fresh attacks by the bandits.

Senator Sani Musa who raised the alarm following fresh attacks by bandits in over eight communities in both Shiroro and Munya local government areas that have lasted for more than five days, also raised concerns over the increasing level of hunger and starvation faced by members of the affected communities.

The lawmaker  who cried out against the renewed killing of his people, said that the incessant killings of his constituents by bandits have continued to wreak havoc on communities in Shiroro, Rafi and Munya local government areas of Niger State.

In a statement he personally signed and made available to Vanguard, the Senator lamented that despite several appeals and outcry by himself and the people, the situation has remained unabated as the bandits continue to unleash terror on the people.

Senator Musa who  described as unfortunate the fresh attacks in the area from 14th of  January which has left two persons, including a Village Head dead while over thirty persons have reportedly been abducted, said,  “For several months now, my people (the people of Niger East) have not had a moment of solitude.

Bandits have taken away sleep from their eyes, be it in the day time or at night. Many lives have been cut short, women have been raped, some even before their spouse, children have been turned to orphans and many have been abducted with huge ransoms being demanded. Cattle are being rustled, farm produce and other valuables are stolen. This is besides thousands of persons who have been rendered homeless.

“The havoc rendered by bandits to my people in the past few months is immeasurable and the pains indescribable.

“It is truly a sad situation that has continued to pull tears to my eyes seeing my people being put through such a torturous and inhumane treatment in the hand of a godless people supposed to give all concerned cause to worry.

“For this unwarranted situation I had to cut short my trip and return this morning after I received the report of fresh attacks on five communities in Shiroro local government area, which include Zongoro, Kwaki, Magami, Masuku and Maguga as well as other communities in Munya local government area. The village Head of Masuku was killed and his son abducted in the attacks which has lasted since 14th of January. I have also gathered that not less than 30 people have so far been abducted by the bandits.”

Senator Musa who again appealed to President Muhammadu Buhari, the State Governor and all service chiefs in the country to provide lasting solution to the menace,  said, “I therefore wish to appeal to Mr President the Commander in Chief of the Armed Forces, His Excellency President Muhammadu Buhari to come to the aid of my people. This is not the first time I am making this kind of passionate appeal but not much has been done to address the situation. I pray that his Excellency would hear my appeal this time and use his powers in this regard.

“I have no doubt that the Federal Government has the capacity to tackle the problem once and for all, considering the efforts of Mr President at tackling the insurgency in the north east since his assumption in office.

“I also wish to call on the Governor of Niger State, Dr Abubakar Bello not to relent in quest towards handling this unforgettable situation. I urge him not to relent but to continue to deploy all necessary machinery to arrest the menace once and for all.

“While I commend the resilient efforts of the security agencies in the state, I also call on them to redouble their efforts by ensuring that the perpetrators of this heinous and dastardly acts are not only flushed out but arrested and adequately prosecuted.

“The military and the police should deploy more personnel to the area. To this end, I call on the Chief of Defence Staff, the Service Chiefs and the Inspector-General of Police, to focus on the situation in Niger State and to establish more joint operations by also deploying more forces especially to Rafi, Munya and Shiroro local government areas where bandits seem to be having a field day.”

Senator Sani Musa assured his constituents of his unwavering determination to ameliorate their sufferings, particularly in seeing to it that the current security challenges in their communities are brought to an end. He however urged them to cooperate with security agencies by providing useful information that will help their operations.

“Let me assure the people of Niger East that I will continue to fight for their wellbeing and security. I shall seek formal and official audience with Mr. Governor, the Security Chiefs in the state and possibly the National Security Adviser immediately on the security challenges with the objective of mopping up all necessary forces that can help us tame and destroy the ugly monster of banditry.

I urge the people to cooperate with security agencies by providing relevant information to that will enhance investigation and operations of security agencies. They should also report promptly any suspicious movement around them,” he said.

Senator Sani Musa who urged  the National Emergency Management Agency to provide assistance to the affected persons who are currently taking shelter in temporary camps provided by the state government, said, “I am appealing to the management of the National Emergency Management Agency, NEMA  to as a matter urgency and emergency collaborate with the State Emergency Management Agency to provide succour to the people in line with the Senate’s Resolutions that victims should be provided with basic intervention materials to cushion the effect of this undesirable situation as especially in supply of food, drugs and blankets as my people are dying of hunger and the effects of harmattan. They cannot go to farm to harvest their crops, thereby being subjected to hunger and starvation. I therefore enjoin the agency to immediately do the needful.”