A landlord was shocked to discover his home left in a complete mess by his tenant. 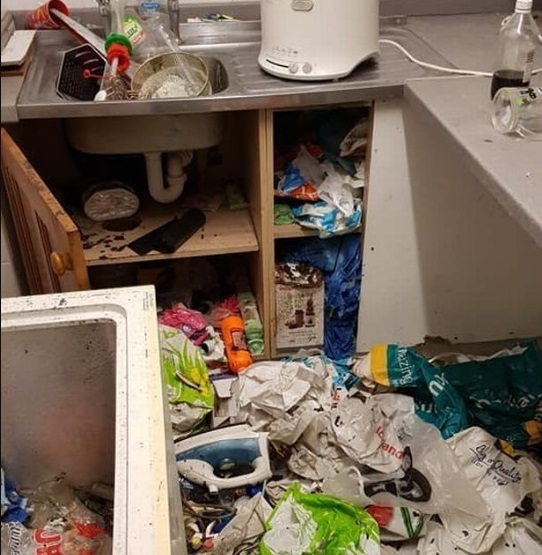 A landlord said he "nearly cried" when he saw the state his tenants left his house in.

Daniel Needes, from Bridgend in Wales, had rented the house out for two years. He said the house had been in "immaculate condition" after it was renovated by his late father and had been kitted out with new appliances.

However, less than two years later, the tenants suddenly moved out without notice. When the landlord went to the house, he was shocked to discover the property had been completely trashed.

Daniel, a single father, said: "I went down to the house as soon as I could and that's when I saw what they’d done.

"To be honest, when I first saw it I nearly cried. They had completely trashed it."

He claims the family didn't even tell him they were moving out. He says he only found out they had left when he received a letter from the Department for Work and Pensions - which paid the rent directly to Daniel - saying payments had stopped because he was no longer their landlord.

Photos of the interior of the house shared online are an eyesore.

In the kitchen, the tenants had left so many plastic carrier bags, crushed boxes, binbags and empty food containers. The trash completely covered the kitchen floor.

Dirty things were piled high in the sink, a greasy fryer was left on the side and a chest freezer half-filled with defrosted food was left wide open.

Daniel said the family had left rotting food in the kitchen, bathroom and in bags that were strewn throughout the house as well as prescription medication including tablets and inhalers.

"The house stank. They had turned it into a rubbish tip," he said.

Shocking photos show that wallpaper had been torn down, walls had been left with holes in them, doors were broken and the once-cream carpet was covered with dirt and black stains.

The tenants had also left behind heaps of unwanted belongings such as clothes and toys throughout the house.

Daniel estimates repair work will be in the thousands.

He said: "He spent five years doing it up and it was immaculate, it looked like a show home.

"He passed shortly afterwards. I was planning on moving back into the house but I had to move in with my mother so I decided to let it out.

"I'm just glad he isn't here to see the state they've left it in as that would crush him."

Daniel said the tenants also racked up around £1,000 in arrears on the gas and electricity meters which had cut off.

He said the tenant's behaviour has taught him a lesson and he'll be more careful when renting the house in future.

He said: "I'll get the house back into a good condition and then rent it out, this hasn't put me off. But I'm definitely going to be more cautious in the future." 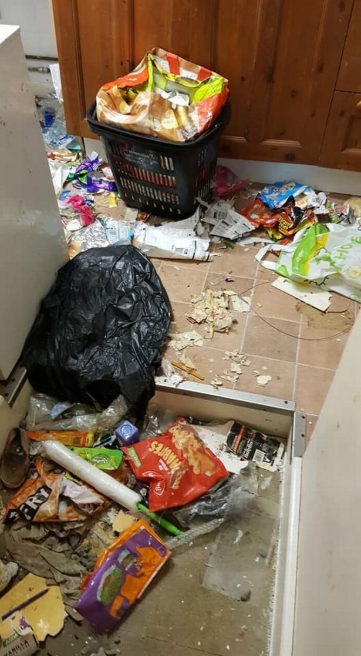 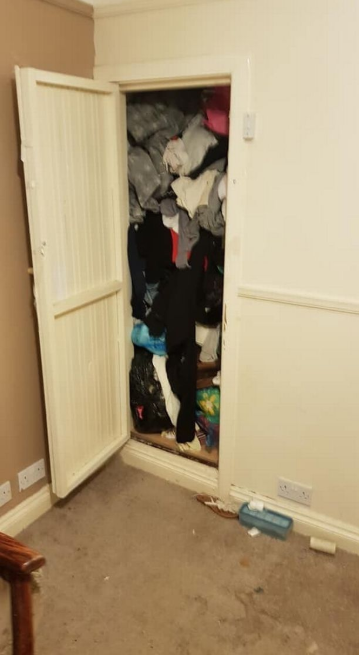 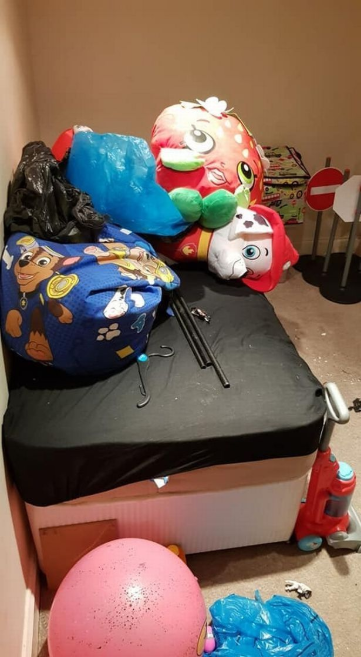