Forward Amotekun Bills To Houses of Assembly - Falana To Governors


According to Mr Femi Falana, he is compelled to call on each of the South-West governors to forward a bill to the House of Assembly of each state for the formation of Amotekun. 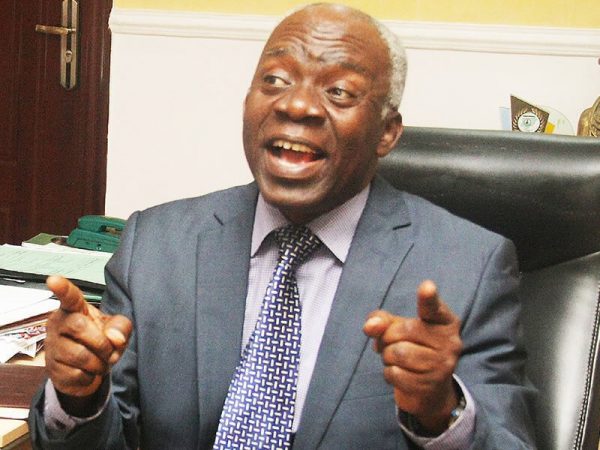 A human rights lawyer, Mr Femi Falana, SAN, said the South-West governors should submit bills on Amotekun to their houses of Assembly.

In a statement on Wednesday, Falana noted that the police had endorsed Amotekun while the attorney general of the federation questioned its legality.

He stated, “Although I had cause to take issue with Mr Malami over his legal opinion on the security outfit, I was compelled to call on each of the South-West governors to forward a bill to the house of assembly of each state for the formation of Amotekun.”

According to him, in the absence of an enabling legal instrument for the establishment, structure, functions, control, funding, and operation of Amotekun various interest groups in the country have continued to express divergent views.

He stated, “Amotekun is not a regional paramilitary organisation but a zonal security outfit being set up to assist the Nigeria Police Force and other security agencies in combating incessant killings, kidnapping, armed robberies and other violent crimes that are on the ascendancy in the region due to the negligence of the Federal Government to effectively police the country.”

Apart from those who are strenuously opposed to Amotekun, the concerned people in the South-West who have embraced the security initiative are entitled to know the law setting it up.

Therefore, the attorneys general in the states in the South-West should be saddled with the urgent responsibility of ensuring that the enabling laws for Amotekun are enacted by the respective houses of assembly without any further delay.”

He advised the Federal Government not to resort to force or self-help in resolving the constitutional dispute.