Nigerian actor, Teefamous has talked about the craziest thing he has ever done for love 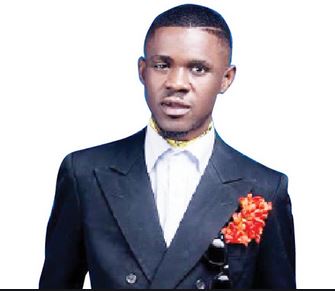 Actor and singer, Tobiloba Abraham, better known as Teefamous, has revealed the craziest thing he has ever done for love.

Sharing his story with Saturday Beats, Teefamous said, “I guess that was when I was in secondary school. A particular phone was just released then, so I had to lie to my parents in order to get money to buy one for my girlfriend then. I pray that God forgives me.”

The versatile role interpreter noted that he began acting way back in secondary school. He added, “My acting career began when I was in secondary school. I used to watch some of my school mates who were part of the drama club. I was a science student and I had to belong to the Jet club. I was even an executive in Jet club,so it was difficult for me to quit the club for Drama. It got to a point I couldn’t control my passion for the drama club anymore. I had to quit Jet club and joined them”.

On how he copes with attention from female fans, the ‘Wonder’ singer said, “It hasn’t been easy but God has been helpful. You know we cannot do without them. They support and appreciate what I do.”