The Lagos state government has banned Okadas, tricycles including Opay and Gokada operators.

The Lagos State Government has banned the activities of commercial motorcycles, popularly called Okada, and tricycles, known as Keke Napep, in some Local Government Areas in the State.

The government says full enforcement of the ban would commence on February 1, 2020. 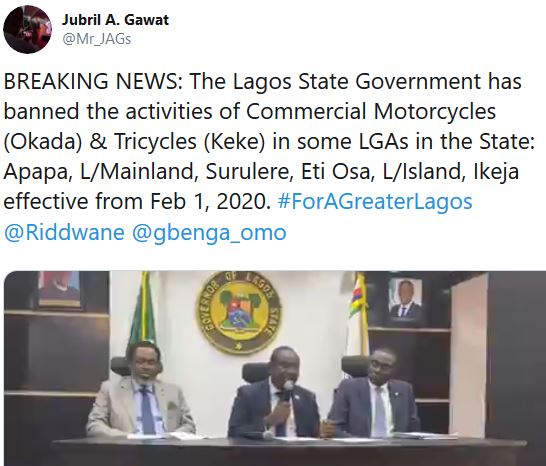