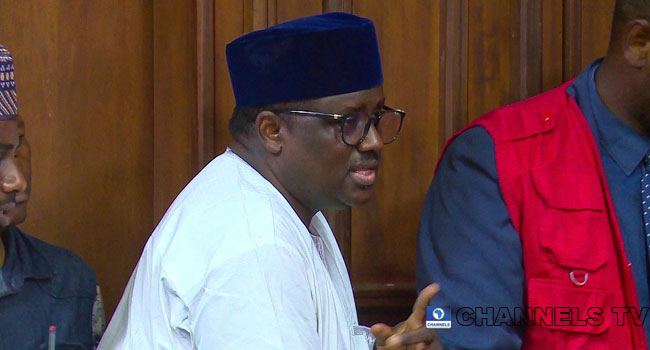 According to The Nation, a Federal High Court in Abuja on Tuesday varied the conditions attached to the bail granted former Chairman, Pension Reform Task Force, Abdulrasheed Maina.

Justice Okon Abang, before who Maina is being tried on charges of money laundering, granted him conditional bail on November 25, 2015.

Among the bail conditions were that Maina endorses a bond of N1billion and produce two sureties, who must be serving Senators, and who must attend court at every subsequent proceeding.

Maina later returned to the court with a prayer for variation, on the grounds that the conditions were too stringent.

In a ruling on Monday, Justice Abang reduced the bail bond to N500million for Main, who he said, should now produce a single surety, who must be a serving Senator.

Justice Abang ordered that the Senator, who must own property in any of the high brow areas of the Federal Capital Territory (FCT), must attend court at every adjourned date to sign at the court’s registry.