Some angry students have shut down the Delta State Polytechnic, blocking the Ughelli/Asaba expressway. 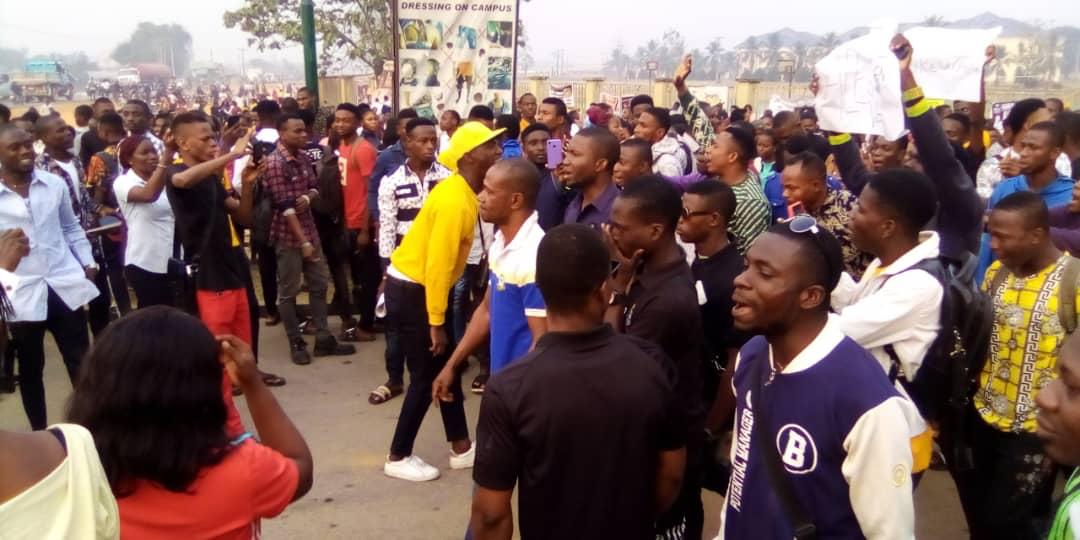 The PUNCH reports that students of the Delta State Polytechnic have protested against new policies introduced by their school management.

The protesting students of the state polytechnic in Ozoro started the protest in the early hours of Tuesday by blocking the school section of Ughelli/Asaba Expressway.

They also locked the gate at the main entrance of the institution.

It was gathered that the management of the institution had introduced new policies, including a ban on students driving their vehicles into the school premises.

The PUNCH learnt that commuters plying the route were stranded for over three hours as a result of the protest.

As of the time of filing this report, the students are still protesting.