Reacting to the raging debate, a former President of the Association of National Accountants of Nigeria and public finance analyst said there was nothing wrong with the President’s action 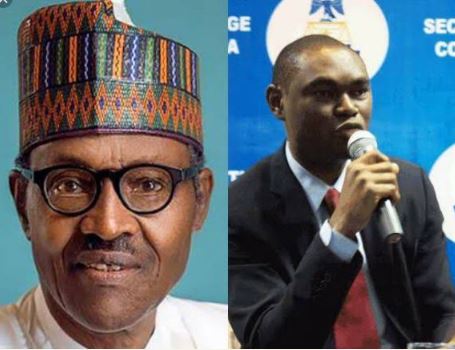 Barely two weeks after President Muhammadu Buhari formally nominated Dr Kingsley Obiora as a deputy governor of the Central Bank of Nigeria, mixed reactions have continued to trail the action, with Nigerians expressing divergent opinions about the morality or political justification of the President’s decision.

While some questioned the morality of the decision based on the fact that the nominee and the CBN Governor are from the same Delta State, others argued that what should guide such appointments is not political consideration but the competencies of nominees. Specifically, those who faulted the President’s action on the grounds that though the nominee is qualified for the position given his academic and career track records, argued that he should have picked another well-rounded expert from another geo-political zones.

The critics of the action said that picking the nominee from Delta State, the state of the Central Bank Governor, Godwin Emefiele, was morally detestable even if no law restricts the President from choosing his political appointees from any part of the country. S But then, others, who believed that merit should be the primary consideration by the President in making appointments into such sensitive positions, stressed that as far as the President had not breached any law in his choice, whoever he considers competent and nominates should be allowed to serve.

Reacting to the raging debate, a former President of the Association of National Accountants of Nigeria and public finance analyst, Dr. Samuel Nzekwe, said there was nothing wrong with the President’s action in view of the fact similar appointments had been made in the Military and the public service in recent times. He maintained that despite the fact that the principle of federal character as enshrined in the Nigerian Constitution demands that fairness and justice should characterize public service appointments, the issue of merit, which is the global best practice standard, “should not be sacrificed on the altar of politicking.

“So, I think rather than looking at the nomination from the political side, we should be concerned about the competence and capabilities of the nominees or appointees. Merit, which determines who gets what in other climes, should be emphasized when this type of appointment is about to be made”, Nzekwe said. An academic and lecturer at the Lagos Business School, Lagos Dr. Bongo Adi, said if the CBN Governor and President Buhari’s nominee for deputy governor are from the same state, then there is an issue.

“That is a violation of the federal character principle. You can’t have a CBN governor and a deputy governor from the same state. CBN normally has four deputy governors and are usually distributed across the geopolitical zones. “So, it is an aberration to have a governor and a deputy governor coming from the same state. It is even an aberration to have both from the same region. It is objectionable on constitutional ground and from ethical point of view, it can have serious conflict of interest. It is against the principle of fairness and equal distribution of positions in Nigeria as enshrined in the constitution and there is no justification for that,” he said.

Commenting on the previous violations of federal character principle by the government, Dr. Adi said “the fact that they have been perpetuating impunity doesn’t beat us into a moral lax situation where we now call black, white.” “Thus as we condemn the government of their persistent and unrepentant nepotistic inclination, we also in the same vein condemn this particular one. I don’t care if it is my brother or sister, we have to be seen to be fair in our critique of the government. It is not a destructive one but constructive criticism.

“The fact that they have perpetrated impunity, we can’t wave further impunity away. The standard of ethics remains what it is. So long as they are doing something bad” he stressed. Another analyst and a top public service topshot, who spoke to our correspondent on the condition of anonymity, said “what counts is that the deputy governor nominee is extremely capable and brings to the table the level of capability and competence required to function in that office.

“When it soothes our fancy, we quote federal character principle. But when it doesn’t, federal character doesn’t matter. In this extant case, Dr. Obiora is very qualified and we shouldn’t wish that away just because he’s from the same state as the CBN governor” he said. Recall that President Muhammadu Buhari, had in a letter to Senate president, Sen. Ahmed Lawan said the nomination of Dr. Kingsley Obiorah’s was in accordance with the provision of Section 8(1) (2) of the Central Bank of Nigeria (Establishment) Act 2007.

Section 8 Sub section (1) of the Central Bank of Nigeria (Establishment) Act 2007 states that “the Governor and Deputy-Governors shall be persons of recognized financial experience and shall be appointed by the President subject to confirmation by the Senate on such terms and conditions as may be set out in their respective letters of appointment.

If confirmed by the Senate, Obiora will replace Dr. Joseph Nnanna, the deputy governor of the CBN currently in charge of Economic Policy, whose retirement takes effect from Sunday, February 2, 2020. A Nigerian-trained expert, the new nominee, Obiora holds a Bachelor’s degree in Economics and Statistics from the University of Benin, a Masters degree in Economics from the Nigerian premier university, University of Ibadan, and a doctorate degree in Monetary and International Economics from the same institution.

He is currently an Alternate Executive Director in the International Monetary Fund (IMF) in Washington DC, United States of America. Prior to his being engaged by the IMF, Obiora had worked from 2014-2018 as the Special Adviser to the CBN Governor on Economic Matters.