He urged them to toe the same path in 2020 while assuring that the Command would continue to step up its efforts in the fight against illicit drugs. 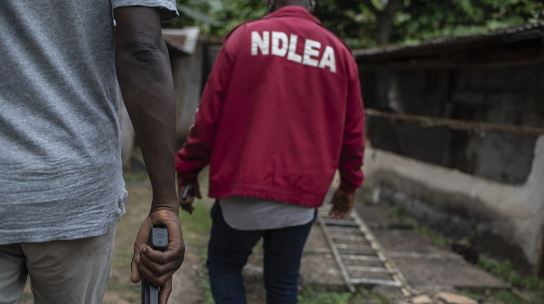 The Imo State Command of the National Drug Law Enforcement Agency (NDLEA) says it arrested 146 suspects in connection with drug offences and seized 225.32kg exhibits in 2019.

The Command disclosed this in a statement issued by its Public Relations Officer (PRO) Mr Sampson Uche in Owerri on Wednesday,NAN reports.

While presenting a review of the command’s performance in 2019, Sampson said the agency counselled 48 Persons Who Use Drugs (PWUDs) and rehabilitated five drug dependent persons.

He further said that the Command successfully convicted eight drug peddlers while conducting sensitisation and enlightenment campaigns in locations across the state including secondary schools, churches, communities, motor parks and via radio stations.

Uche disclosed that the command had a total of 55 drug cases pending in court as at Dec. 31, 2019 adding that the command was able to overcome challenges such as poor logistics and infrastructure decay.

He lauded the state residents for their cooperation and described them as ‘well-meaning compatriots’, adding that the successes of 2109 could not have been possible without the synergy between local communities and the Command.

He urged them to toe the same path in 2020 while assuring that the Command would continue to step up its efforts in the fight against illicit drugs.

“On behalf of the Command and state commander, Mr Nse Inam, we wish to thank the good and well-meaning compatriots for the good will and moral support which we enjoyed from them in year 2019.

“With your support, we were able to achieve great feats including the arrest of 146 suspects, seizure of 225.32 kg exhibits, counselling of 48 PWUDs, conviction of eight drug peddlers and rehabilitation of five drug dependent persons.

“The command hopes that with improved logistics and necessary infrastructure, we would do more to serve you better,’’ he said.