UPDATE: "Flex When You Have The Time" - Final Year Student's Last Post On Facebook Hours Before He Was Shot Dead By Cultists
Recent Stories


The Argentine has fallen out of favour under manager, Ole Gunnar Solskjaer at Old Trafford. 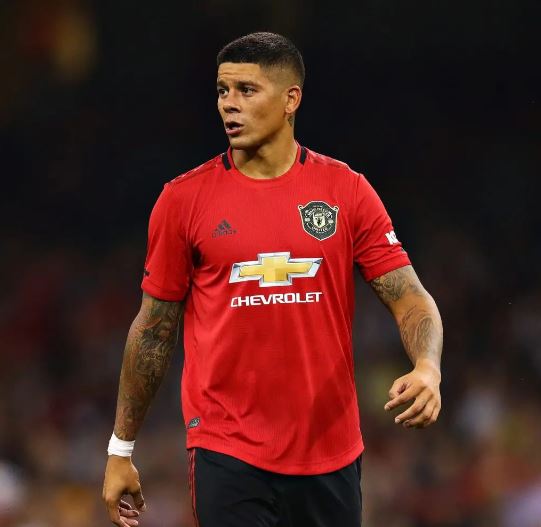 Manchester United defender, Marcos Rojo, has reportedly left the club to join Argentine side, Estudiantes on loan until the end of the season, according to Daily Mail.

Estudiantes made the announcement on Thursday in an emotional video posted on Twitter featuring clips of Rojo playing for the club.

Estudiantes wrote: “You always return to the places where you were happy. Because of the sense of belonging, it’s stronger.

“Your dream and that of the Pincha family come true. We meet again. Welcome and thanks for coming back, Marcos. We welcome you with the heart.”

Rojo joined Man United from Sporting Lisbon in 2014 for £16million.

The Argentine has fallen out of favour under manager, Ole Gunnar Solskjaer at Old Trafford.

The 29-year-old has barely featured for the Red Devils so far this season.

Bus Driver And Conductor Arrested Over Alleged Possession Of Charms

Horror! Man Gets Electrocuted While Plucking Mango With An Iron Rod In Enugu (Photo)