The doctor who predicted the Coronavirus days before it spread has been arrested after his home was raided by the police. 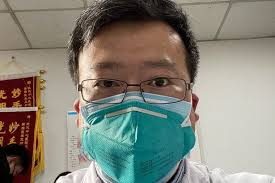 A doctor who chillingly predicted the coronavirus infection days before the epidemic hit was arrested in a night time raid on his home.

Doctor Li Wenliang, who worked at a hospital in Wuhan, sent a message to a group chat of medical students saying "Quarantined in the emergency department"  at the point when just seven patients were confirmed as infected.

One member of the group chat replied saying "So frightening" before asking if it could become as serious as the SARS epidemic that began in China and killed 800 people.

Three days later, Dr Wenliang was arrested in the middle of the night after police turned up at his home.

He was allegedly then made to sign a statement saying his actions were classed as "illegal behaviour", reports The New York Times.

The Chinese government has been criticised for attempting to suppress news of viral outbreak.

The coronavirus death toll in mainland China has overtaken the SARS epidemic of 2003 while a new 1,000-bed hospital to help tackle the outbreak has been built in just eight days.

Huoshenshan Hospital in Wuhan, where the virus originated, is one of two dedicated facilities being constructed with 361 deaths now confirmed since the outbreak started in December.

Patients will begin to be admitted from later today, according to reports.