The ban on Okada and tricycles in Lagos has reportedly led to the sack of Gokada employees. 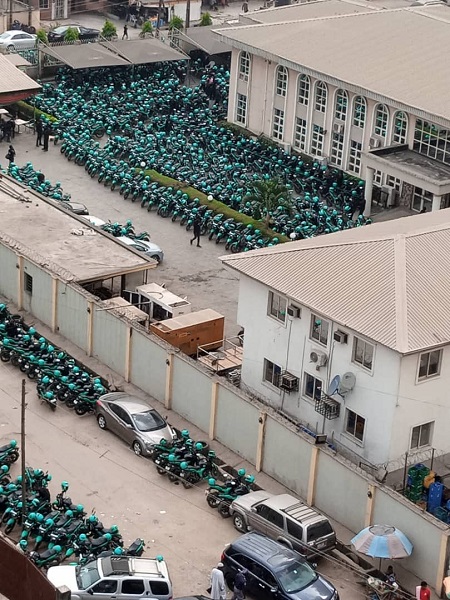 Gokada
Lagos-based motorcycle-hailing startup, Gokada has laid off most of its workforce.
The move is as a result of Lagos state government's decision to ban okada and tricycles in the state from operating on major roads.
Launched in January 2018, the startup was founded by Fahim Saleh to solve Nigeria’s largest city traffic problems. Since then, Gokada has gone on to raise a total of $5.6 million from two rounds and claims to have completed more than a million rides.
According to Techpoint, a source claims that Gokada laid off most of its staff two days after the announcement of the ban.
Just a week ago, on the 27th of January, the Lagos state government announced the ban of all forms of motorcycles and tricycles in major parts of Lagos. Motorcycle-hailing startups like Gokada and MAX Okada were not exempt.
This caused the startups to engage in a protest against the new regulation. Also, CEO, Saleh released a video addressing the ban, so it comes as a surprise if the green-branded motorcycle-hailing service has taken this course of action.
Gokada CEO, Fahim Saleh confirmed the layoffs, via a tweet to Techpoint reporter, Tage Kene-Okafor.
"While much of your report is accurate,” the tweet reads, “we still have money in the bank and are pivoting towards deliveries while this transport ban gets sorted. We were due to make a profit in January before the ban was announced." 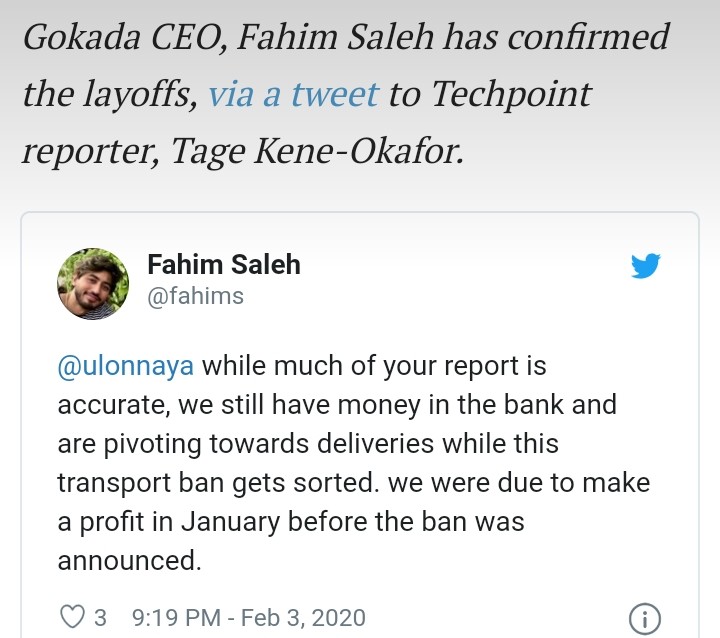